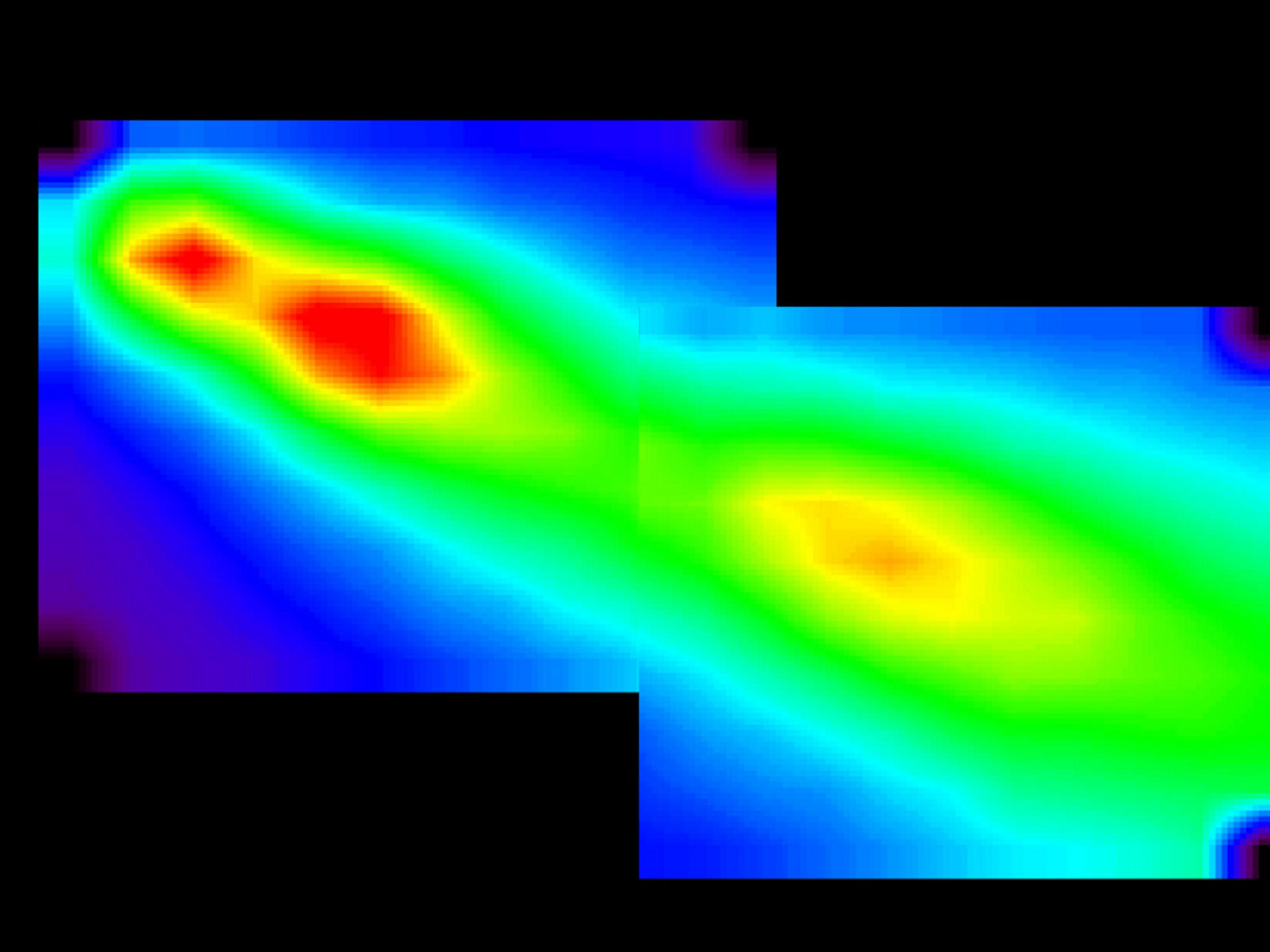 These images of Comet 73P/Schwassmann-Wachmann 3, in the act of disintegrating, were taken on 7 May 2006 by SCAM, an ultra fast photon counting camera attached to the ESA Optical Ground Station on Tenerife, Spain. It shows three of the new fragments produced by the splitting of the Fragment B – one of the five original fragments into which the comet split in 1996. The spatial resolution of the images is about 70 km.