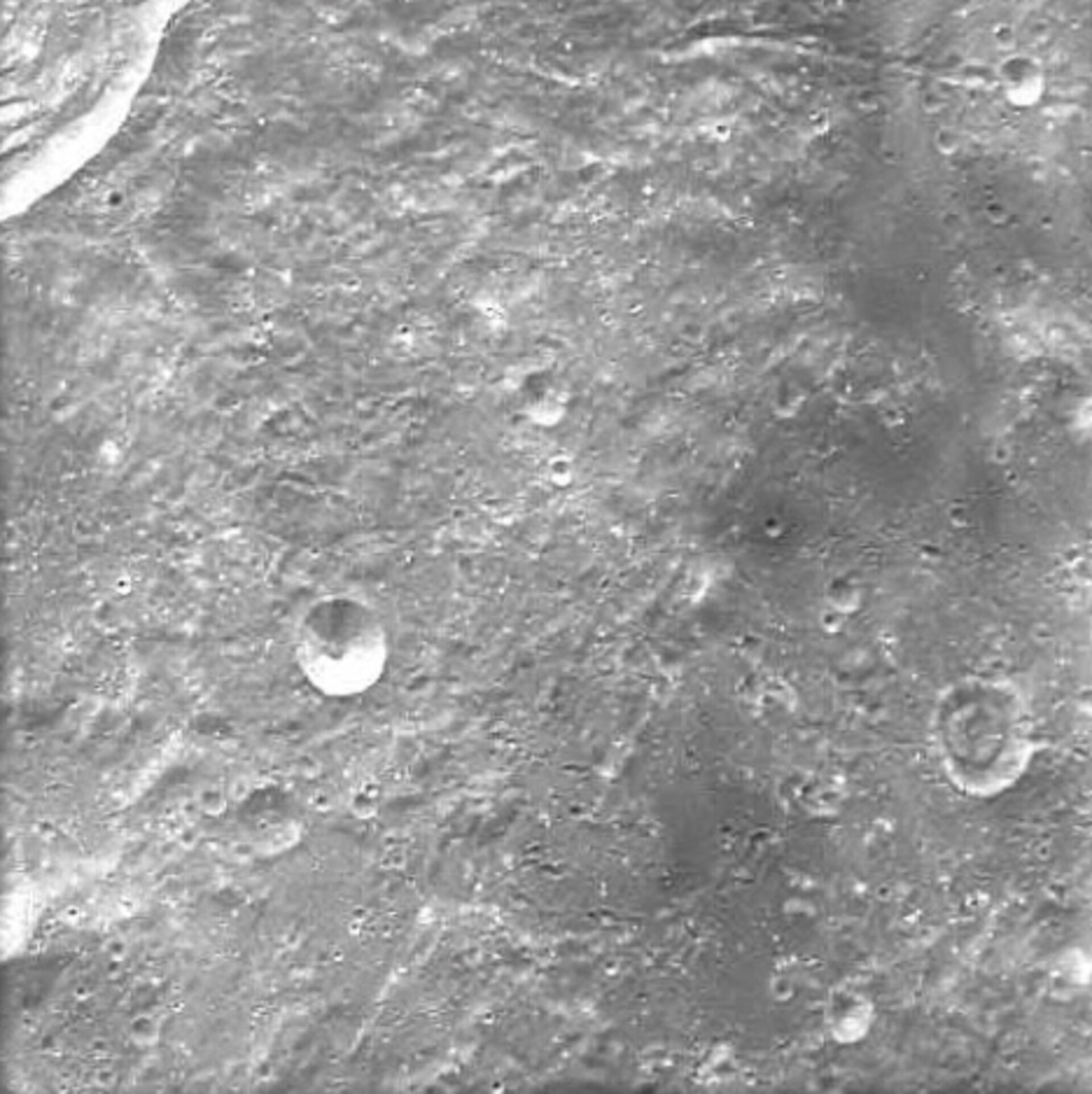 This image, taken by the Advanced Moon Imaging Experiment (AMIE) on board ESA’s SMART-1 spacecraft, shows the edge of the Oceanus Procellarum on the Moon.

Oceanus Procellarum, Latin for 'Ocean of Storms', is the largest of lunar maria, and it is situated on the western edge of the visible side of the Moon. In this image, it is the flat area on the right hand side. Oceanus Procellarum extends over 2500 kilometres along its north-south axis and covers an area of about four million square metres. Its name derives from the old superstition that its appearance during the second quarter was bringing bad weather.

Like all lunar maria, this area was formed by ancient floods from volcanic eruptions that covered the region in a thick, nearly flat layer of solidified magma. Unlike the other lunar maria, however, Procellarum is not contained within a single well-defined impact basin. Minor bays and seas such as Mare Nubium and Mare Humorum (to the South) lie around its edges. To the northeast, Oceanus Procellarum is separated from Mare Imbrium by the Carpathian Mountains.

Oceanus Procellarum was the landing site of the lunar probes Surveyor 1, Surveyor 3, Luna 9 and Luna 13 and Apollo 12.