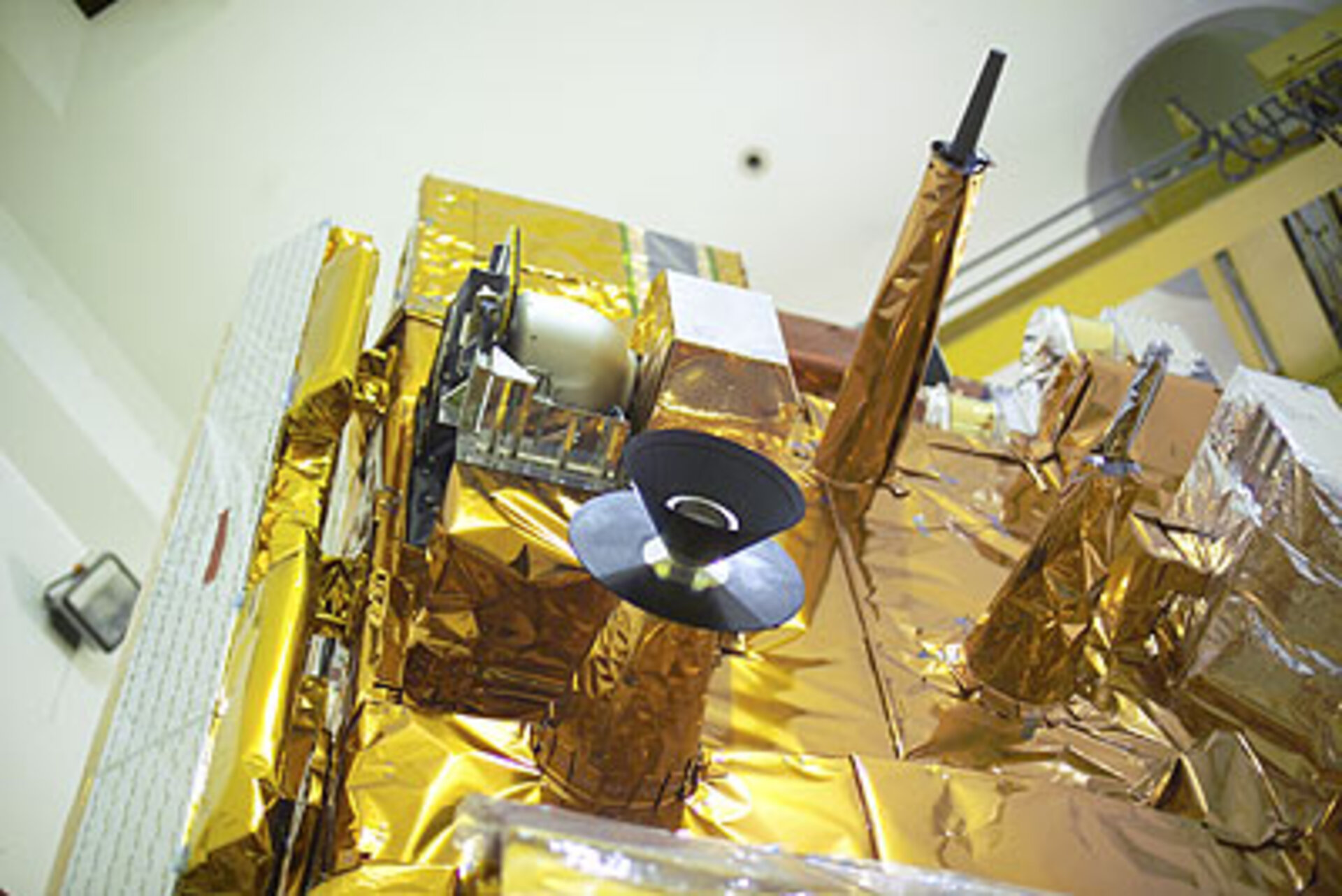 Close up view of the payload module on the first flight model of Europe's MetOp polar weather satellite during preparation for acoustic testing at Intespace's facilities in Toulouse, France, in February 2005.
On the left is one of the folded antennas of the ASCAT scatterometer, designed to measure wind speed and wind direction, especially over the ocean. The large box on top of the spacecraft is the IASI spectrometer, and below it is the MHS radiometer, which will both provide highly accurate temperature and humidity measurements.