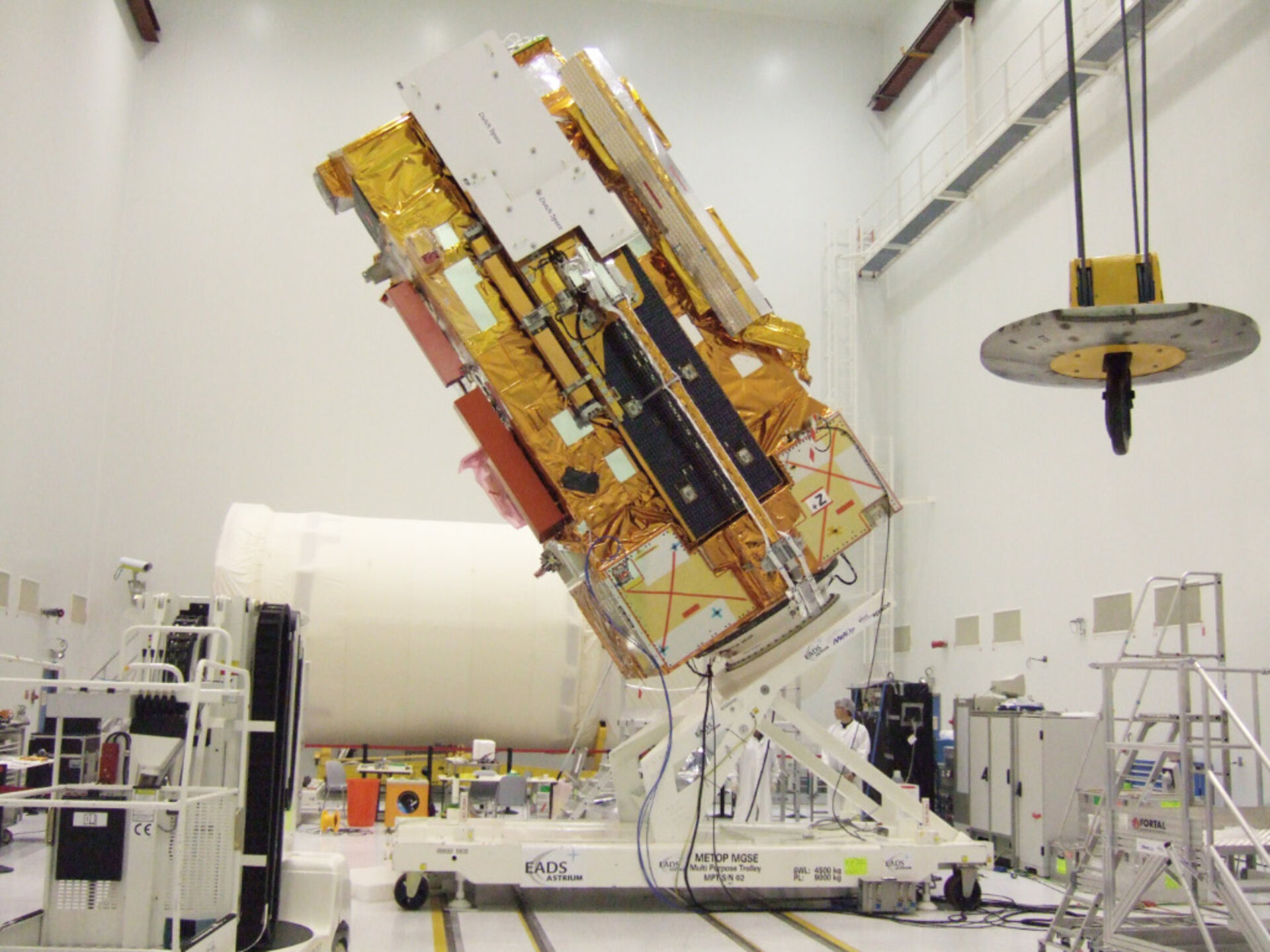 The solar array in final configuration for the launch. The deployment arm has been connected again, the hold-down points of the drive motor have been tensioned, hinges are adjusted, and the electrical checks after reconnection were successful. The completion of the solar array is an important step in the launch campaign and it is confirmed by a formal key point inspection.