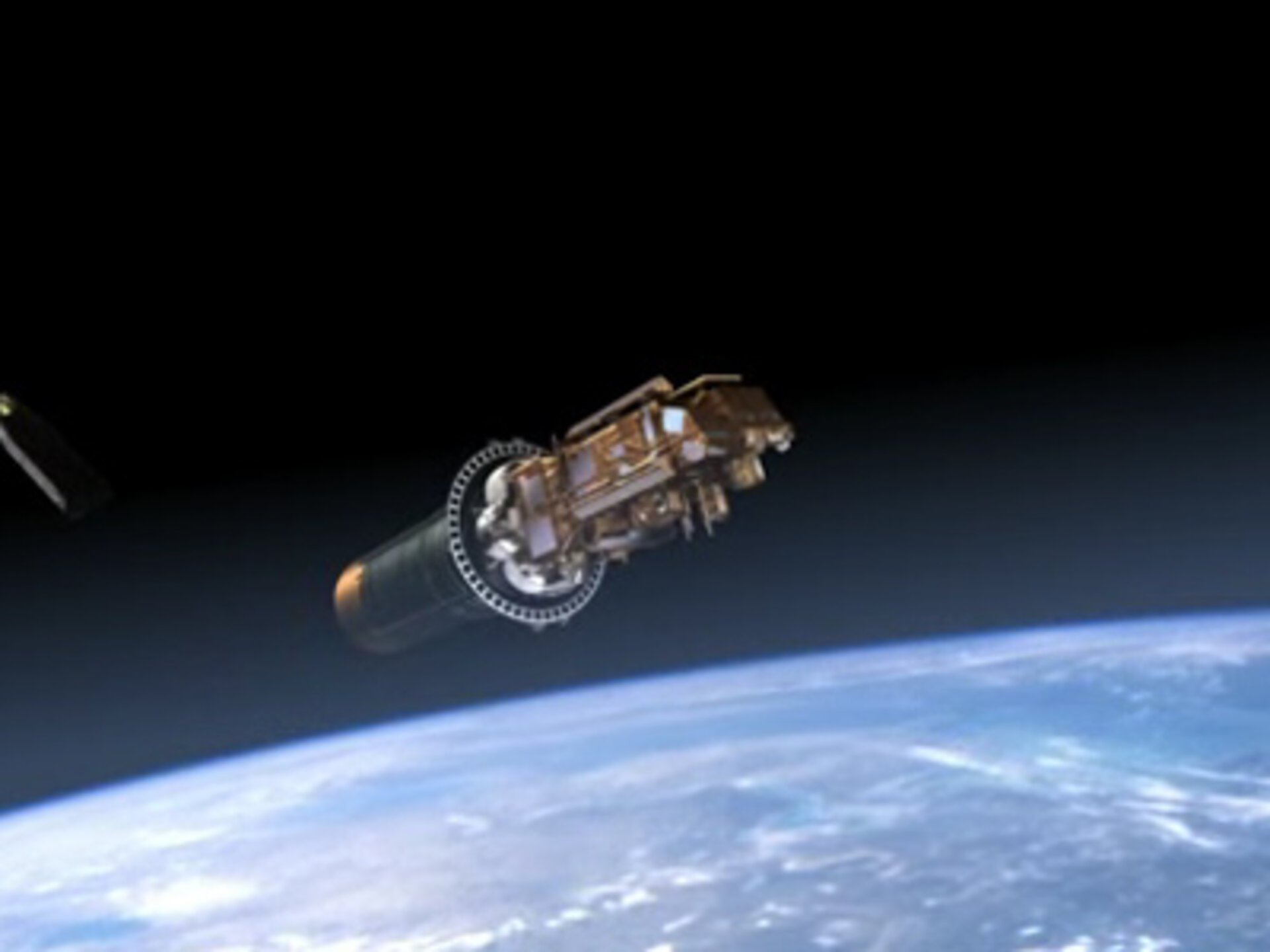 MetOp-A will be launched on a Soyuz/ST Fregat rocket from the Baikonur Cosmodrome in Kazakhstan in July 2006. Almost five minutes after launch at an altitude of about 175 km Stage-2 runs out of fuel and separates from the rest of the launch vehicle. Immediately after the second stage has separated, the two half-shells of the fairing are opened and released leaving the Stage-3, the Fregat upper-stage and the MetOp spacecraft.