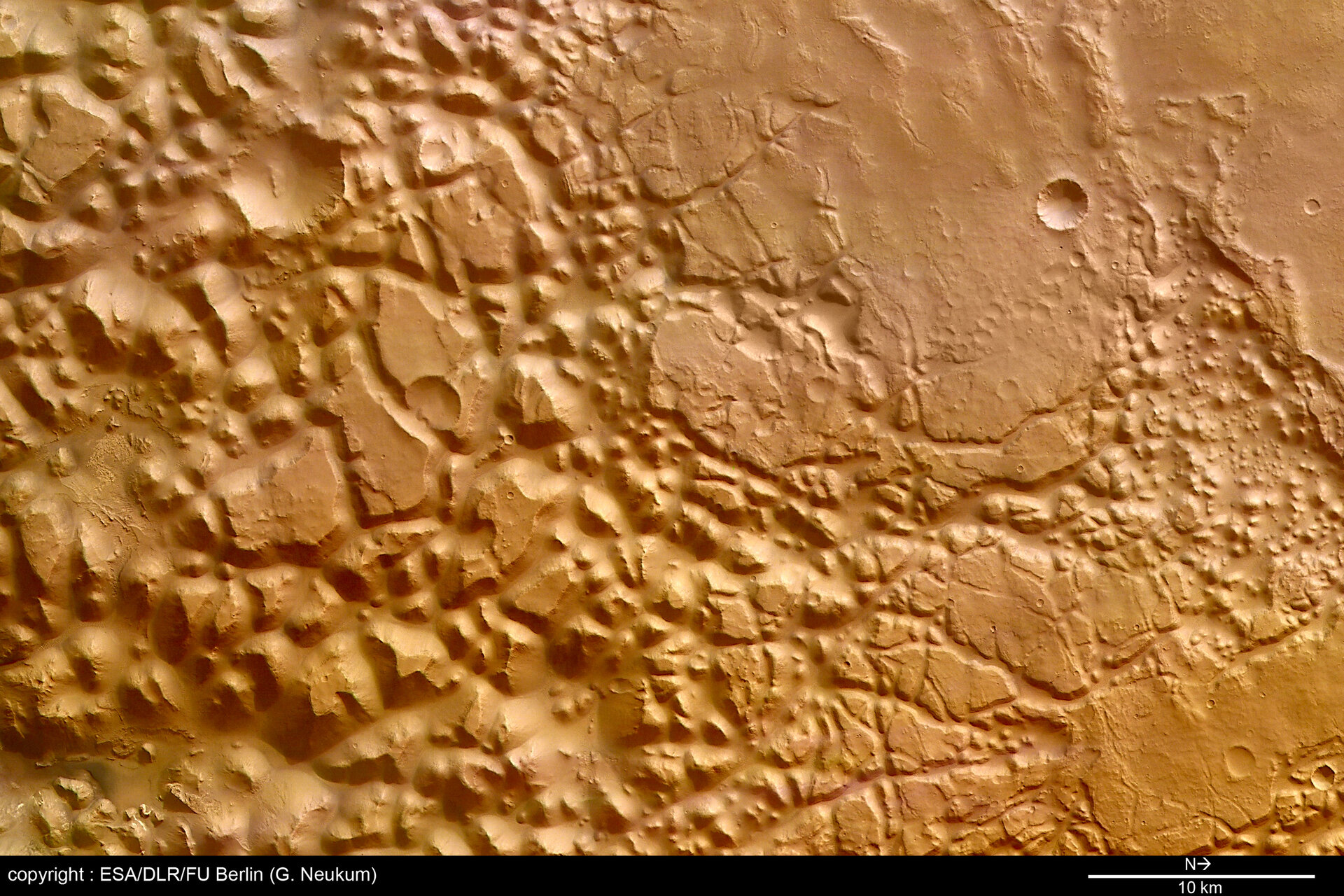 Iani Chaos is one of many regions east of Valles Marineris characterized by disrupted or chaotic terrain. The morphology of this terrain is dominated by large-scale remnant massifs, which are large relief masses that have been moved and weathered as a block. These are randomly oriented and heavily eroded. To the south (south is to the left) in this image, these mesas, which appear as flat-topped hills, range from less than one kilometre to roughly 8 kilometres wide, with a maximum relative elevation of approximately 1000 metres.

This colour image was captured on 14 October 2004 by the High-Resolution Stereo Camera (HRSC) onboard the ESA spacecraft Mars Express with a ground resolution of approximately 13.0 metres per pixel.