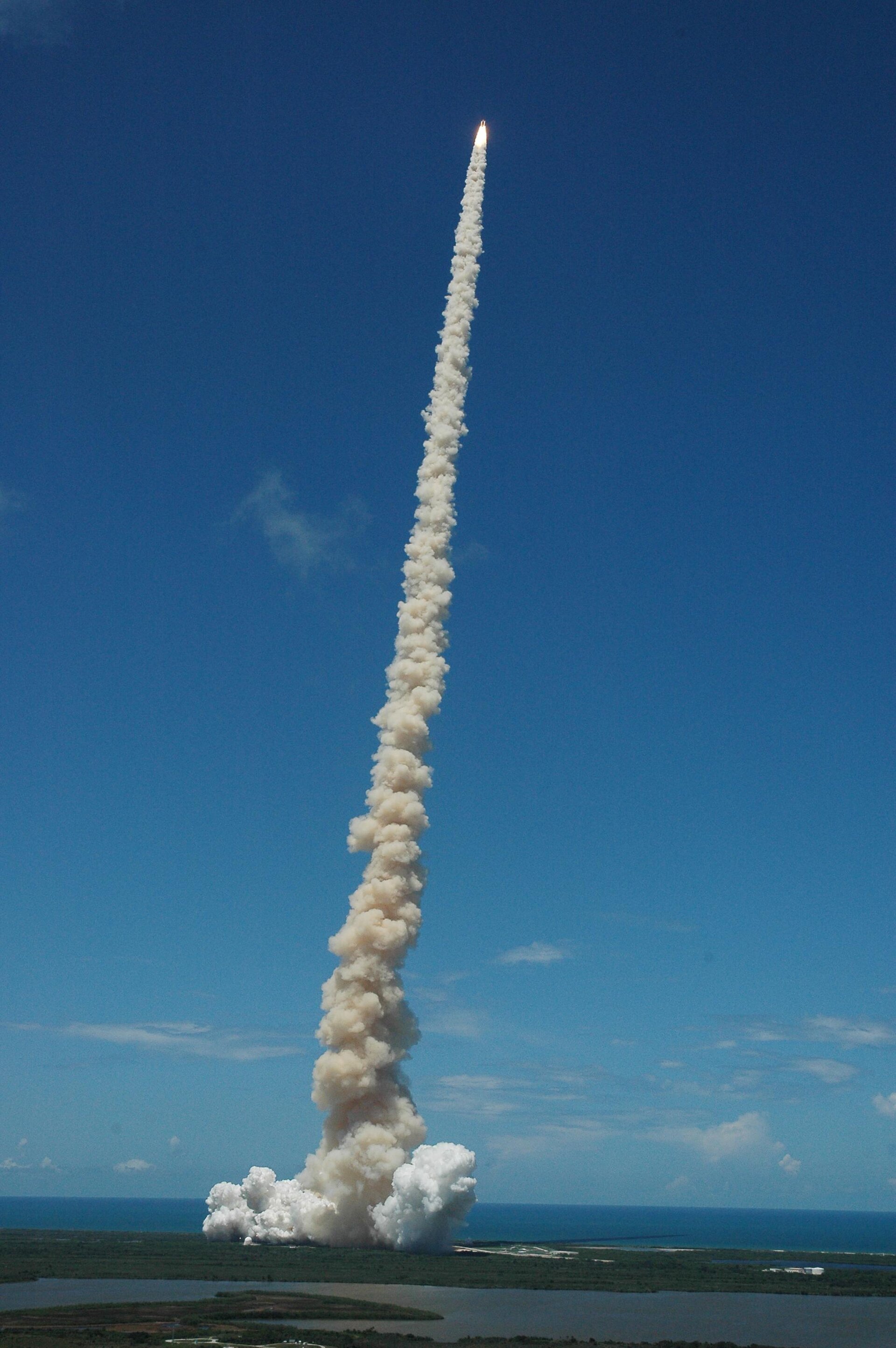 Shooting like a roman candle into Florida's blue sky, Space Shuttle Discovery kicks off the Fourth of July fireworks with its own fiery display and makes history with the first ever launch on Independence Day. It was the third launch attempt in four days; the others were scrubbed due to weather concerns. Liftoff was on-time at 2:38 p.m. EDT. During the 12-day mission, the STS-121 crew of seven will test new equipment and procedures to improve shuttle safety, as well as deliver supplies and make repairs to the International Space Station. Landing is scheduled for July 17 at Kennedy's Shuttle Landing Facility.