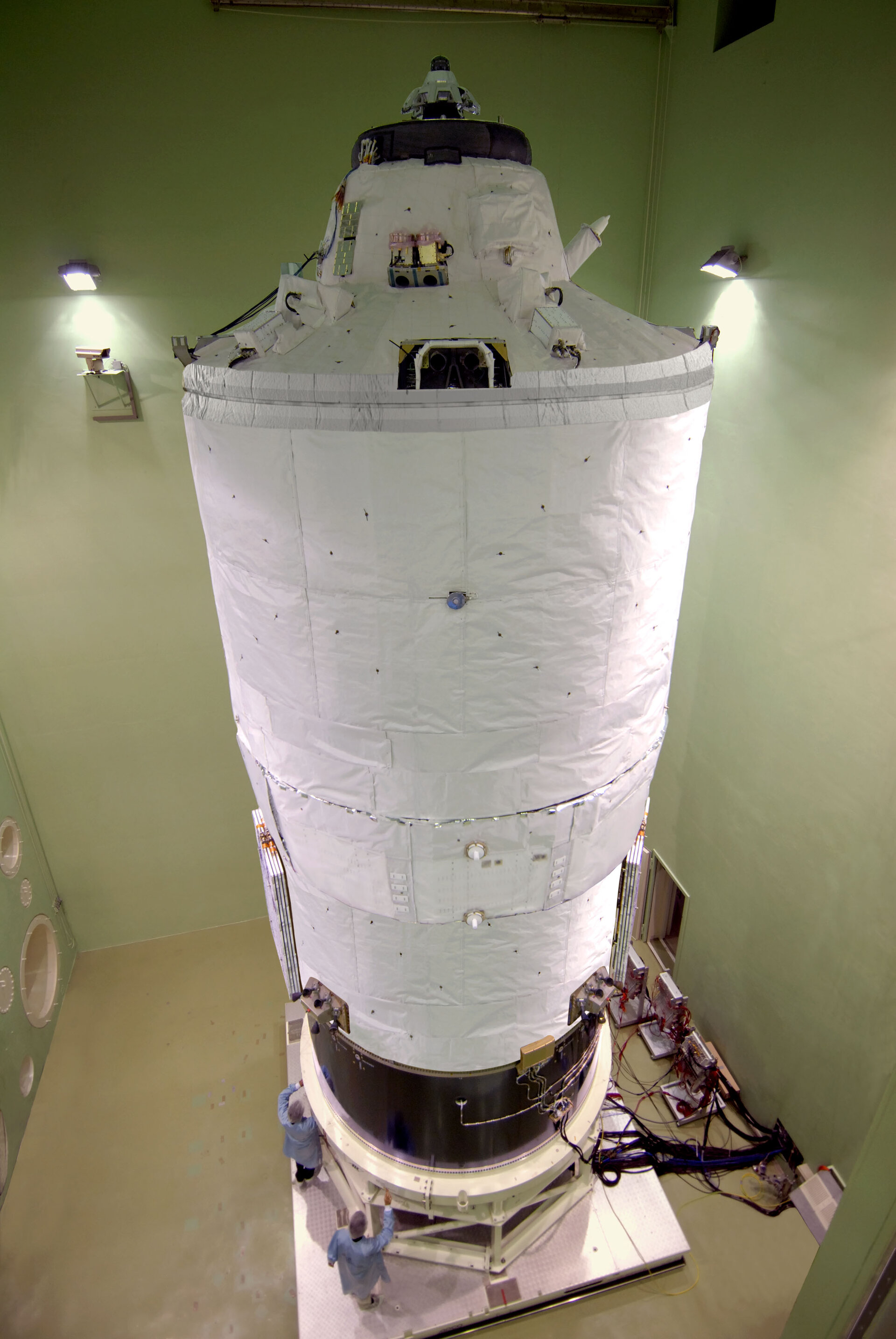 ATV during acoustic test in ESTEC

The ATV resupply ship is Europe's main contribution for the operational phase of the ISS programme. The first flight is due in 2008.

The ATV will be launched by Ariane 5 every 15-18 months and will remain docked to the ISS for six months, as a pressurized and integral part of the Station, providing an additional 43 cubic-metres of volume accessible to the crew. At the end of its mission, ATV will be loaded with up to 6500 kg of wastes. After undocking, it will be sent on a re-entry trajectory leading to its disintegration in the atmosphere.

This 20 500-kg spacecraft is composed of two main elements: