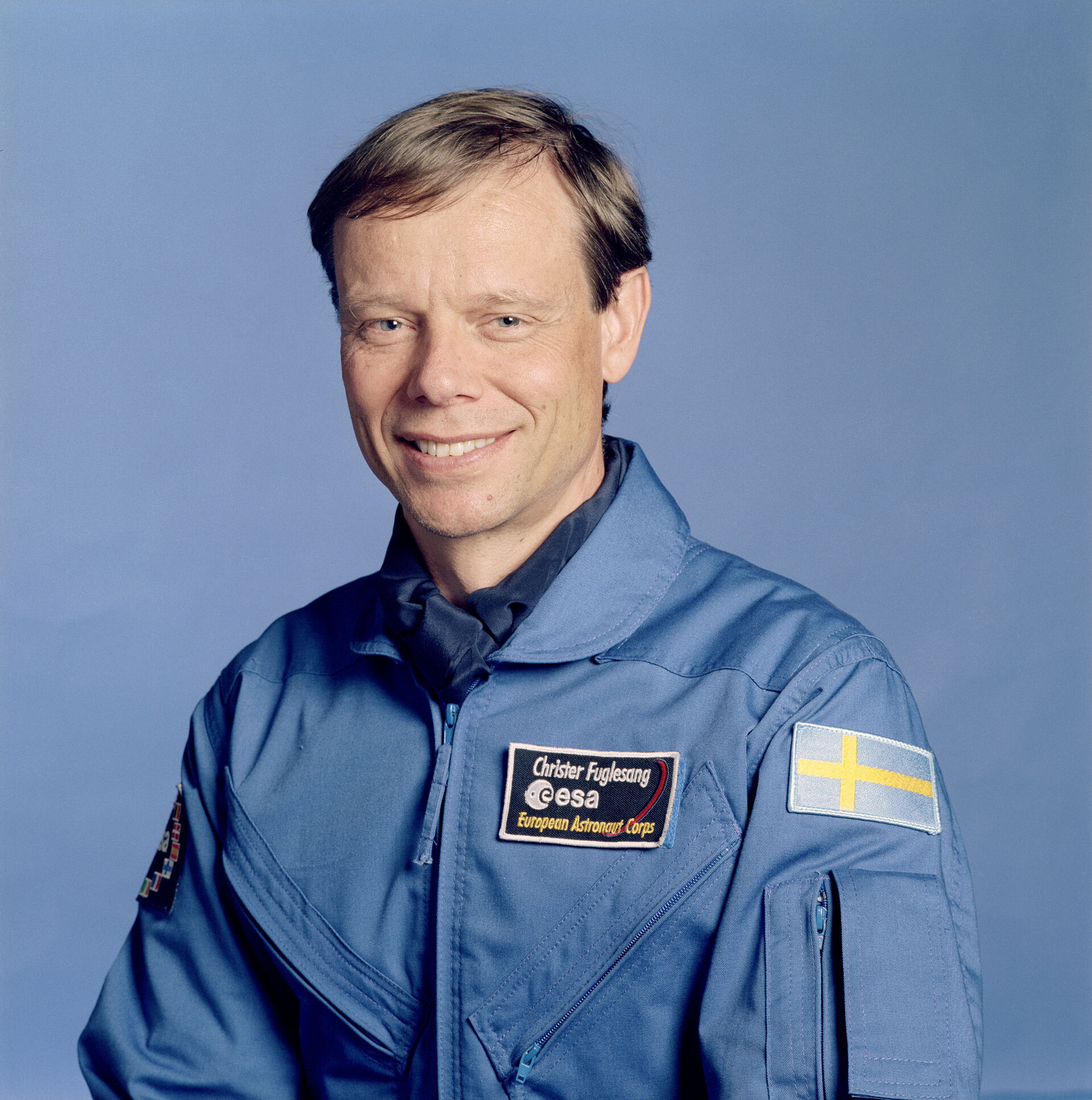 Christer Fuglesang is due to become the first Swede in space when he flies as a Mission Specialist on the STS-116 Space Shuttle mission, presently scheduled to visit the International Space Station (ISS) in December 2006. During this mission, he will perform two or three spacewalks to attach a new segment to the ISS truss.

A Swedish physicist specialized in particle physics, Christer Fuglesang worked at CERN (European Research Centre on Particle Physics) in Geneva when he was selected in May 1992 to join ESA's Astronaut Corps at the European Astronaut Centre in Cologne, Germany.

In October 1998 he was assigned to technical duties in the NASA-JSC Astronaut Office Station Operations System Branch on Russian Transfer Vehicles (i.e. Soyuz and Progress) and worked on support for the early ISS crews. In February 2002 he was assigned to the STS-116 mission, also referred to as the 12A.1 ISS assembly flight