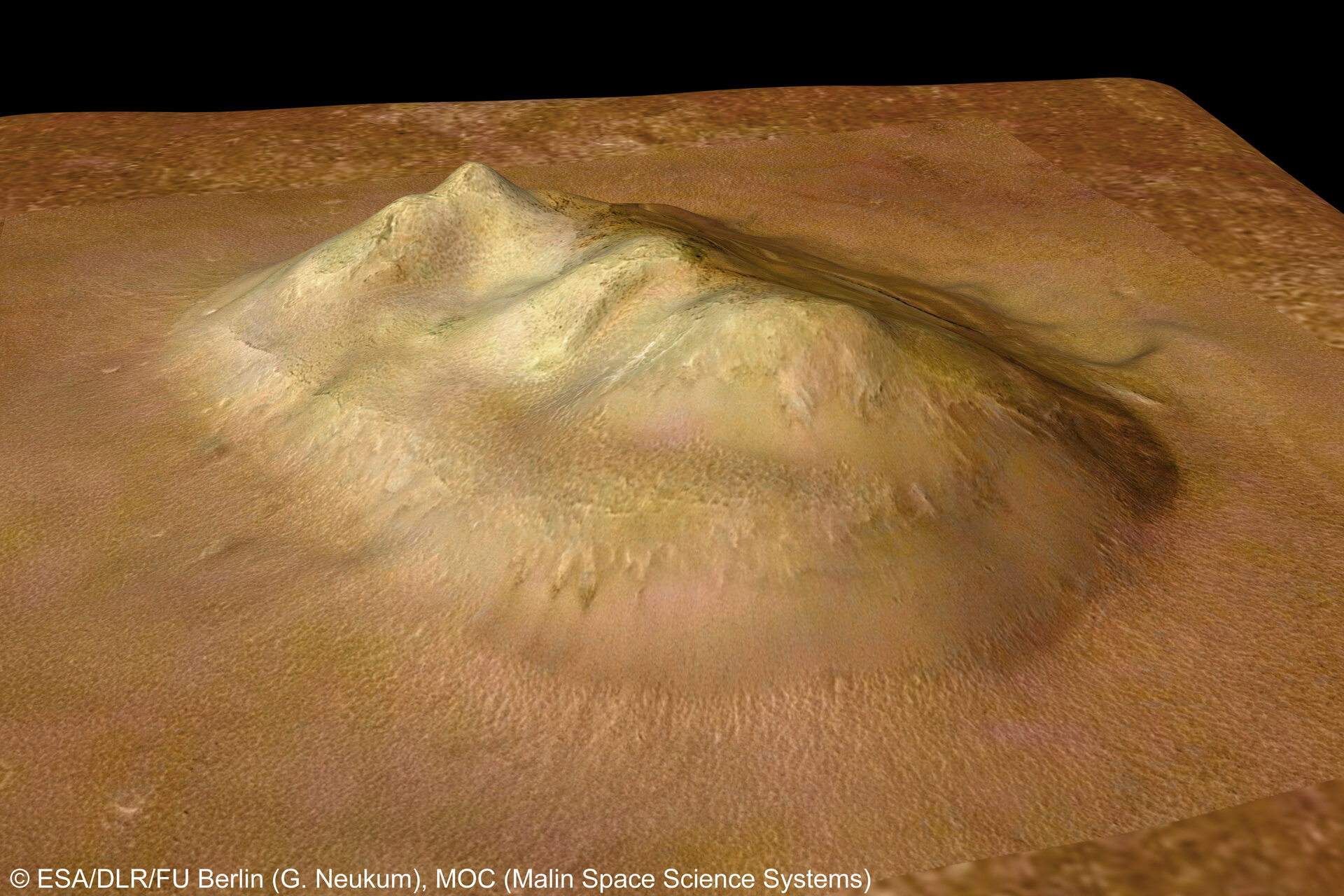 'Face on Mars' in Cydonia region

A perspective view showing the so-called 'Face on Mars' located in the Cydonia region. The image shows a remnant massif thought to have formed via landslides and an early form of debris apron formation. The massif is characterized by a western wall that has moved downslope as a coherent mass. The massif became famous as the 'Face on Mars' in a photo taken on 25 July 1976 by the American Viking 1 Orbiter.

Image recorded during orbits 3253 and 1216 by the High Resolution Stereo Camera (HRSC) on board ESA's Mars Express. Image is based on data gathered over the Cydonia region, with a ground resolution of approximately 13.7 metres per pixel. Cydonia lies at approximately 40.75° North and 350.54° East.