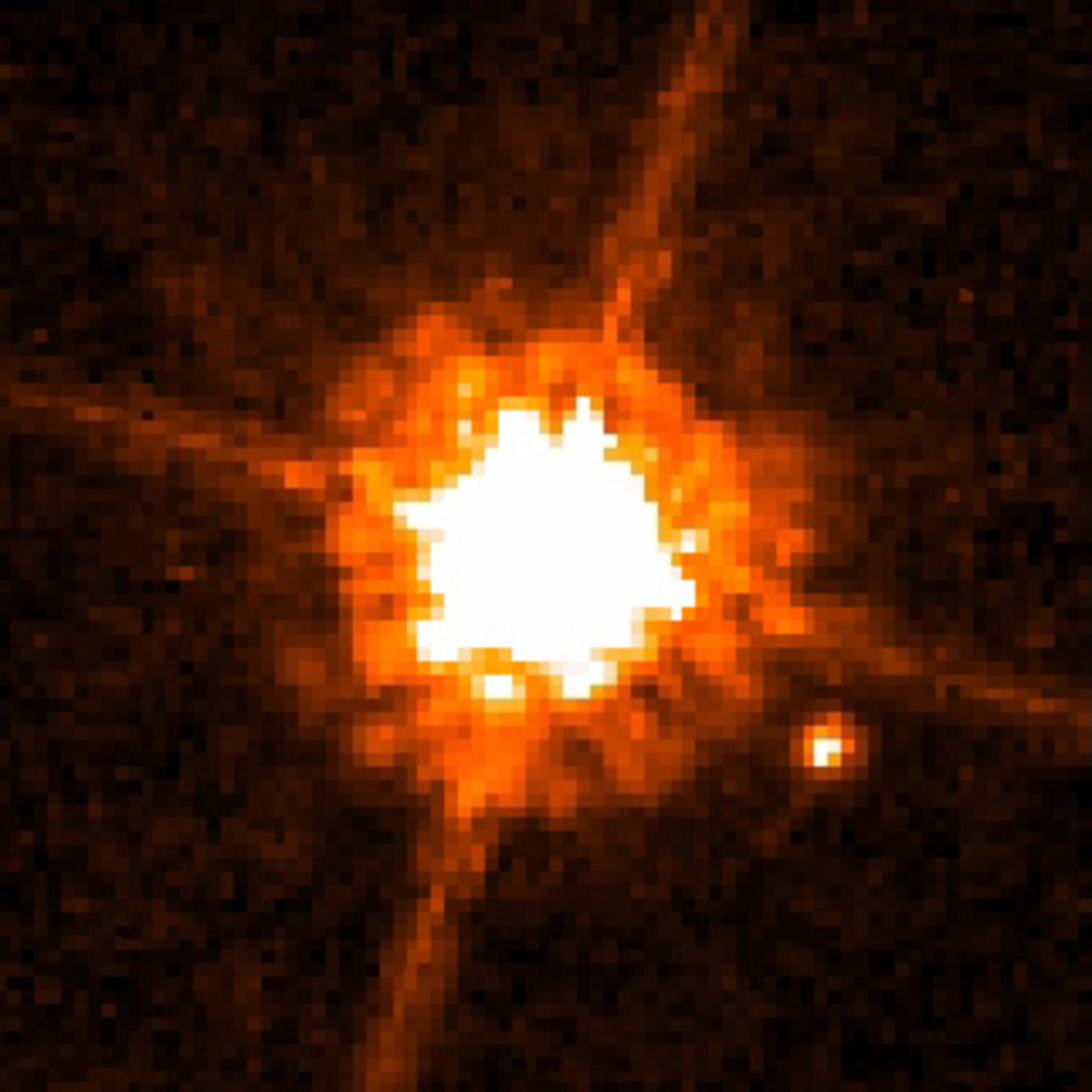 This NASA/ESA Hubble Space Telescope image shows one of the smallest objects ever seen around a normal star. Astronomers believe the object is a brown dwarf because it is 12 times more massive than Jupiter. The brown dwarf candidate, called CHXR 73 B, is the bright spot at lower right. It orbits a red dwarf star, dubbed CHXR 73, which is a third less massive than the Sun. Being about two million years old, the star is very young when compared with our middle-aged 4.6-billion-year-old Sun.

CHXR 73 B orbits at about 30 thousand million kilometres from its star, or roughly 200 times farther than Earth is from the Sun.

The star looks significantly larger than CHXR 73 B because it is much brighter than its companion. The brightness of CHXR 73 B is one hundredth times that of its star. The cross-shaped diffraction spikes around the star are artefacts produced within the telescope's optics. The star is 500 light-years away from Earth.

Hubble's Advanced Camera for Surveys snapped the image in near-infrared light on 10 and 15 February 2005. The colour used in the image does not reflect the object’s true colour.