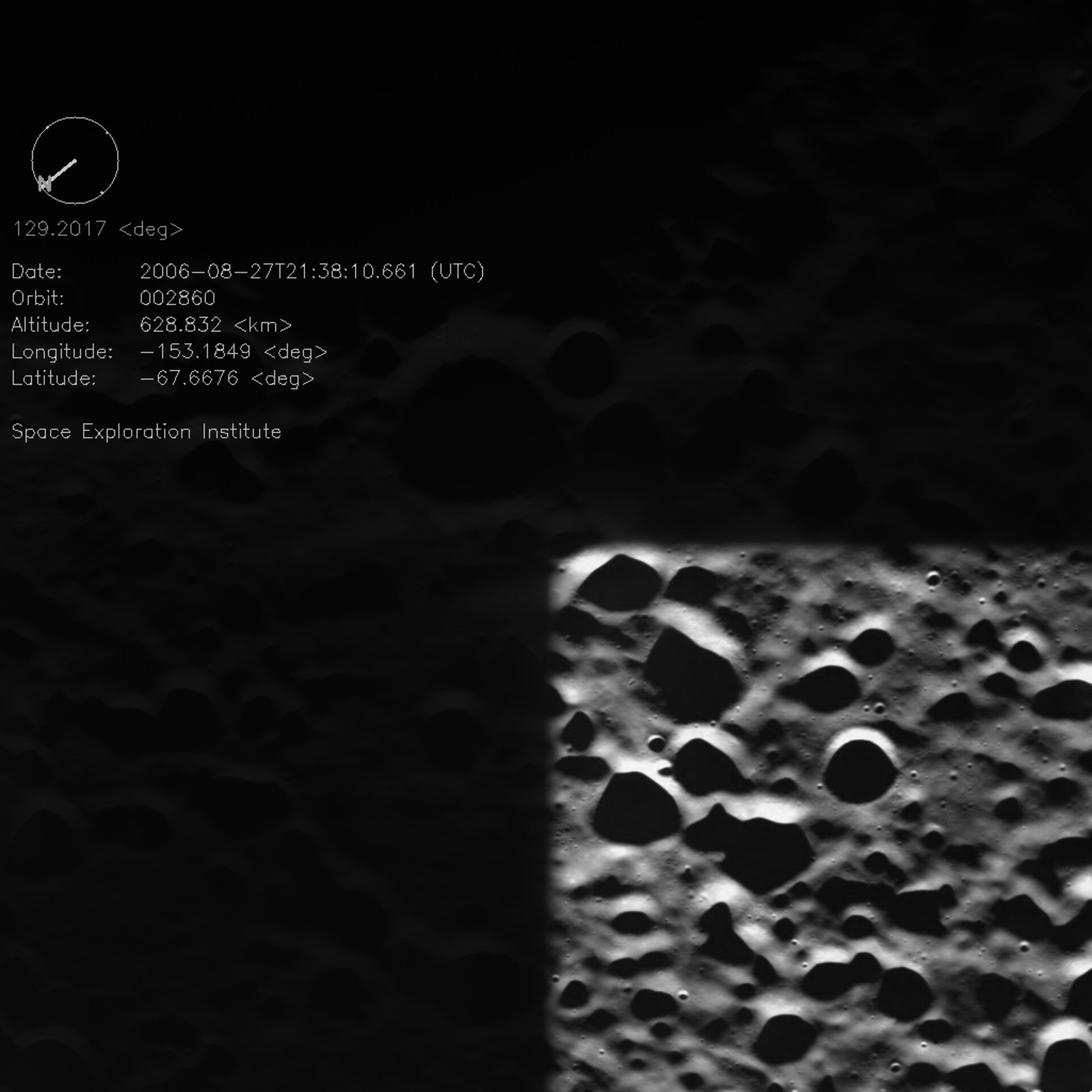 SMART-1's AMIE camera obtained this image of the lunar surface during orbit 2860 on 27 August 2006, one week before the spacecraft successfully impacted the Moon's surface to end the mission. The scene was taken from an altitude of 628.8 km and is centred on an area around 67.7° South, 153.2° West. The image is rotated counterclockwise so that North is approximately in the direction of lower-left in the image.