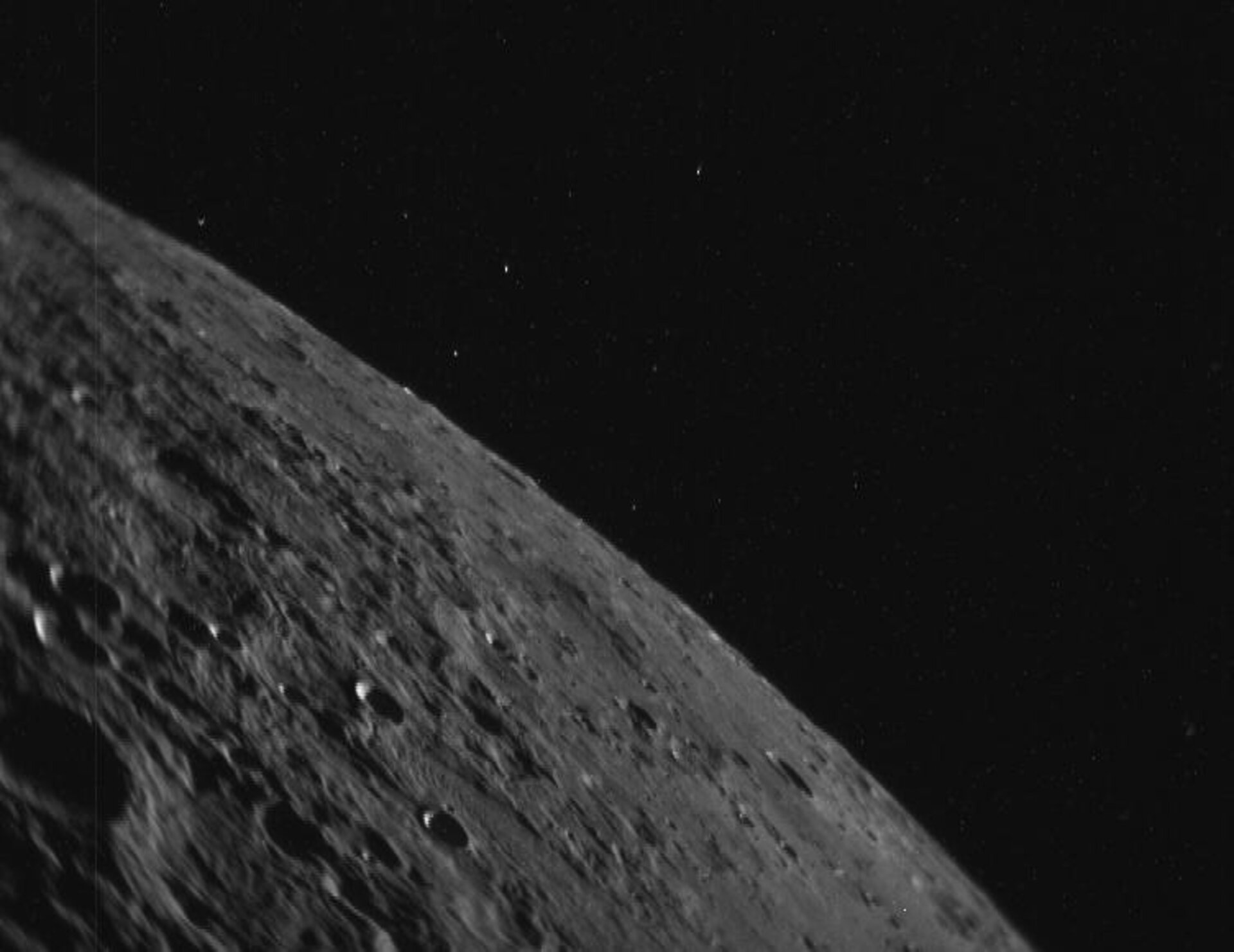 This image of the lunar surface was taken on 25 August 2006 at 15:48 CEST (13:48 UT) by the star tracker (attitude camera) on board ESA's SMART-1, from a distance of 744 km above the Moon surface. The spacecraft was travelling at a speed of 1.6 kilometres per second.

Remarkably, at the time the image was taken the star tracker was still producing valid attitude samples based on the few stars that are visible in the image. This image was taken as a test, meaning that the spacecraft pointing was not optimised for star tracker imaging. The Moon features on the photo still have to be identified.