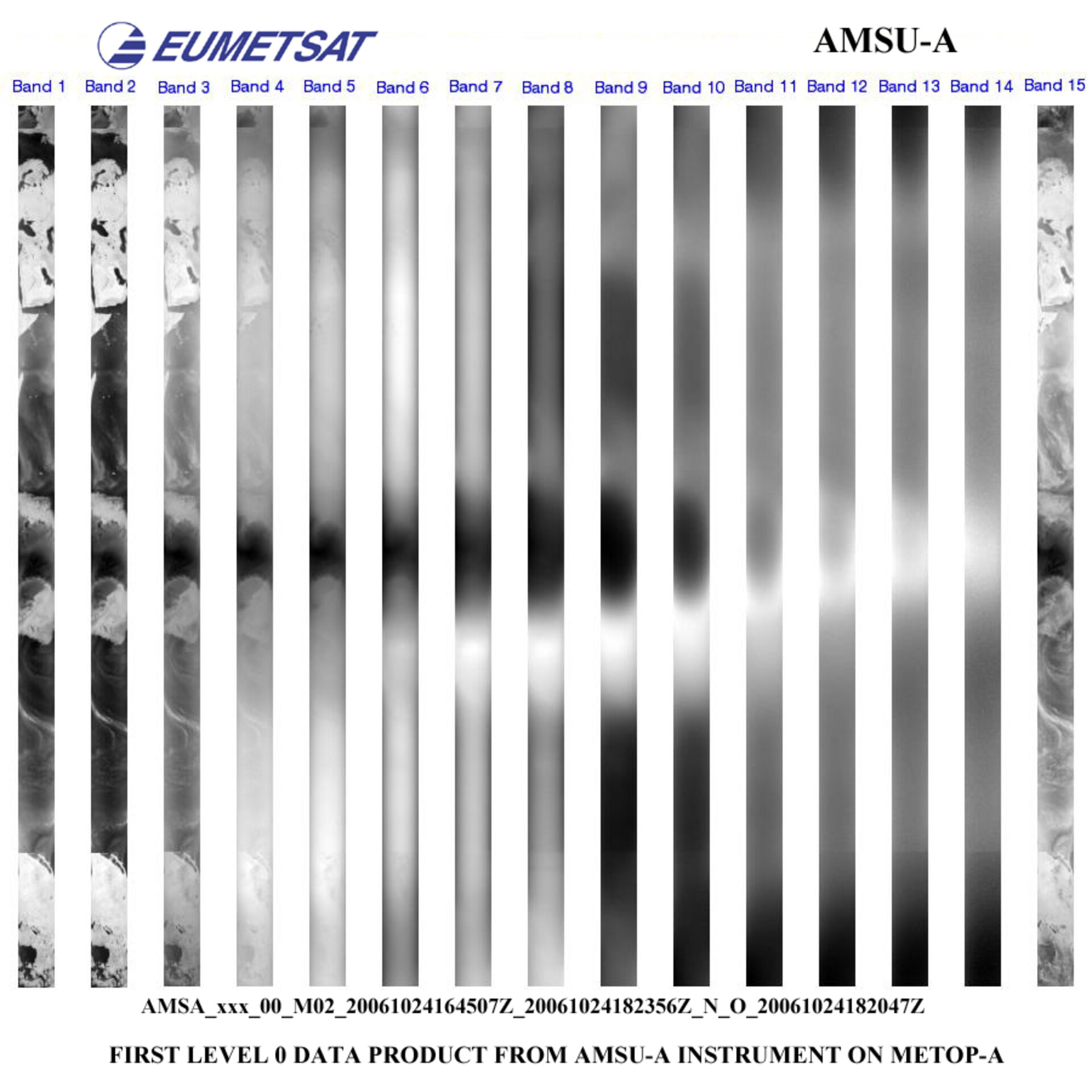 First data acquired by AMSU-A instrument, aboard MetOp-A, in its fifteen channels. In the lower part of Band 1, first stripe on the left, the Baja California coastline is visible, in the middle part of the same band the Antarctic continent can be seen and in the upper part the coast of Africa and the Arabian Peninsula are visible. The stripes shown for the other bands correspond to the temperature of air at different heights within the atmosphere. The primary purpose of the Advanced Microwave Sounding Unit-A (AMSU-A) instrument, which detects radiated thermal energy emitted by the air in different levels in the atmosphere, is to provide high temperature sounding data even in cloudy conditions.