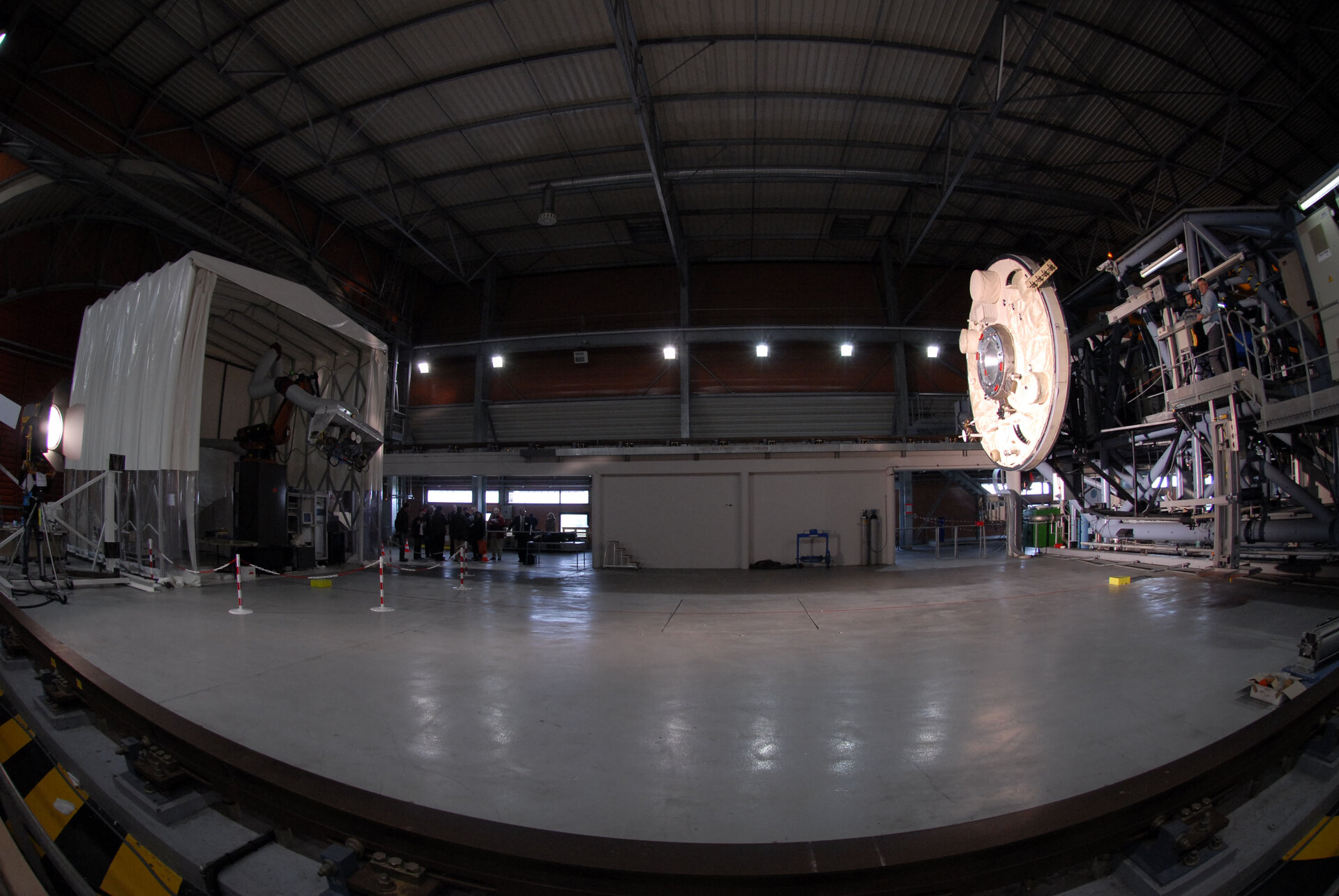 10 November 2006. A 120-tonne mobile platform (left), mounted with a set of passive rendezvous targets (retroreflectors) identical to the ones installed on the ISS, are facing the sensors mounted on an articulated industrial robotic arm (right). The relative motion achieved between the two is identical to the one expected 2008 rendezvous between the first Automated Transfer Vehicle 'Jules Verne' and the International Space Station (ISS). The mobile platform replicates the closing motion between ATV and ISS, and the robot replicates the relative rotation and lateral motion between the two vehicles. The simulation tests were performed at Val de Reuil, France.