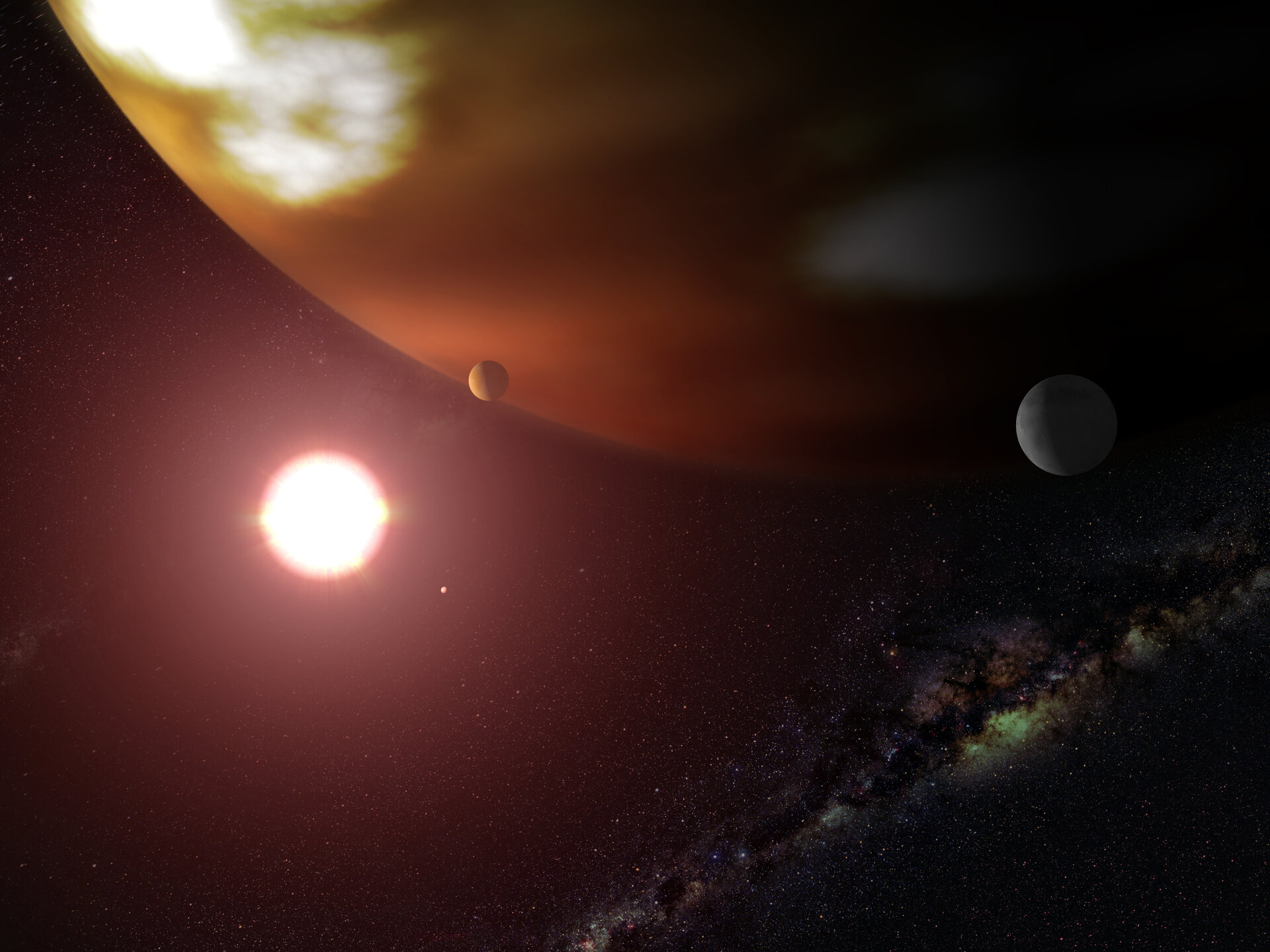 This artist's concept shows a gas giant planet orbiting the cool, red dwarf star Gliese 876, located 15 light-years away in the autumn constellation Aquarius. The planet was discovered in 1998, but new Hubble Space Telescope measurements of the star's wobble, caused by the gravitational tug of the planet, firmly establish the planet's mass as being no more than approximately twice that of Jupiter's. The results were published in December 2002.
The planet is only one fifth the distance from the star as the Earth is from the Sun. Though it is too far away to be photographed by present day telescopes, the planet is presumably a gas giant world that might be encircled by moons, as imagined in this illustration. Gliese 876 also has an inner planet with a mass only half that of Jupiter's, as estimated by earlier ground-based observations. The inner gas planet in the system appears as a bright star-like object near the red dwarf. Despite its close proximity to Earth, the red dwarf star is one third the mass of our Sun and is too faint to be seen by the naked eye.