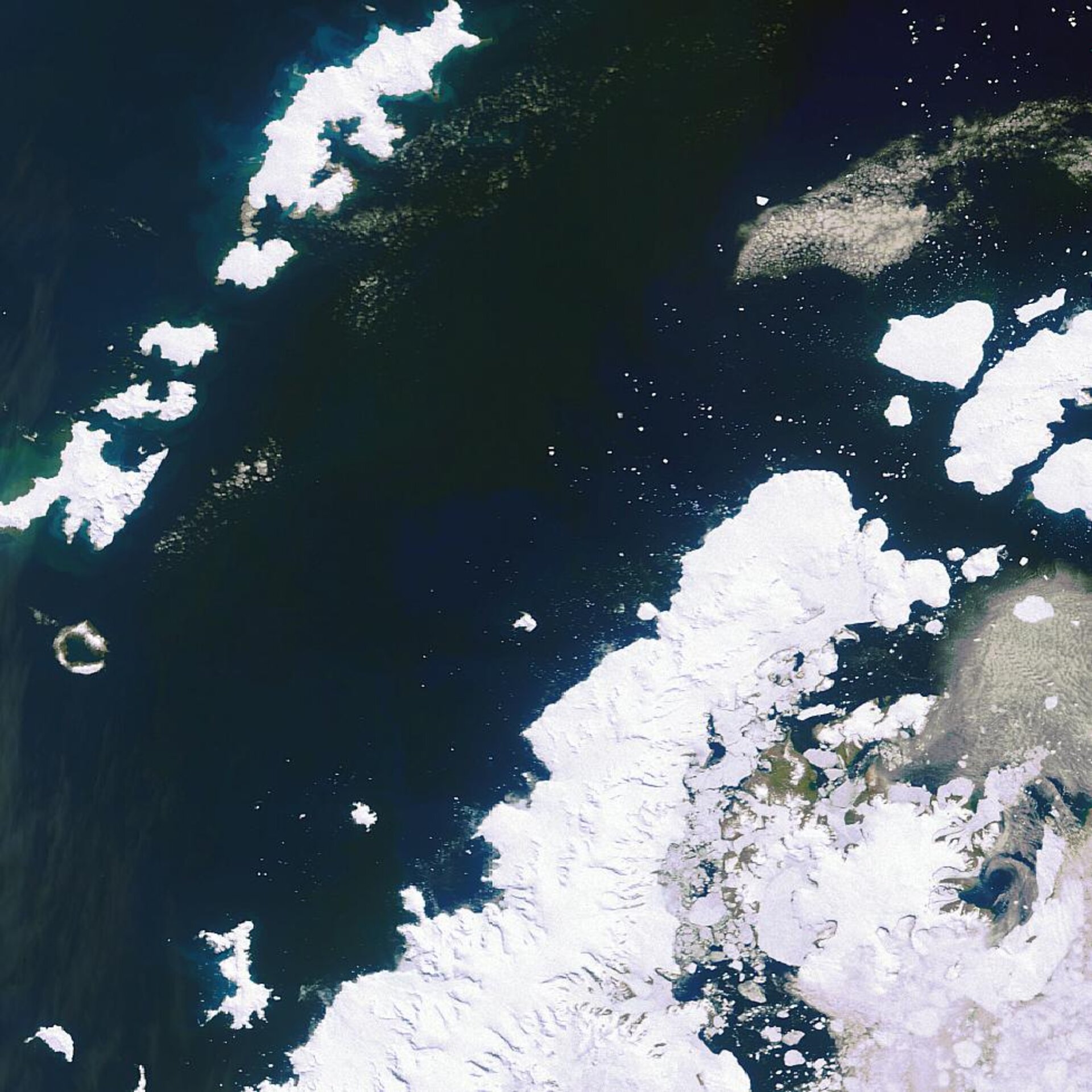 This Envisat image, acquired on 16 December 2006 with its MERIS instrument, highlights the snow-capped Antarctic Peninsula and South Shetlands Islands. The South Shetlands is a 540-km chain of four main island groups: Clarence and Elephant islands (not visible); King George and Nelson islands; Robert, Greenwich, Livingston, Snow and Deception islands; and Smith and Low islands. The islands visible in this image from top right to bottom left are King George, Nelson, Robert, Greenwich, Livingston and Deception, which is easily recognisable because of its broken-ring shape.