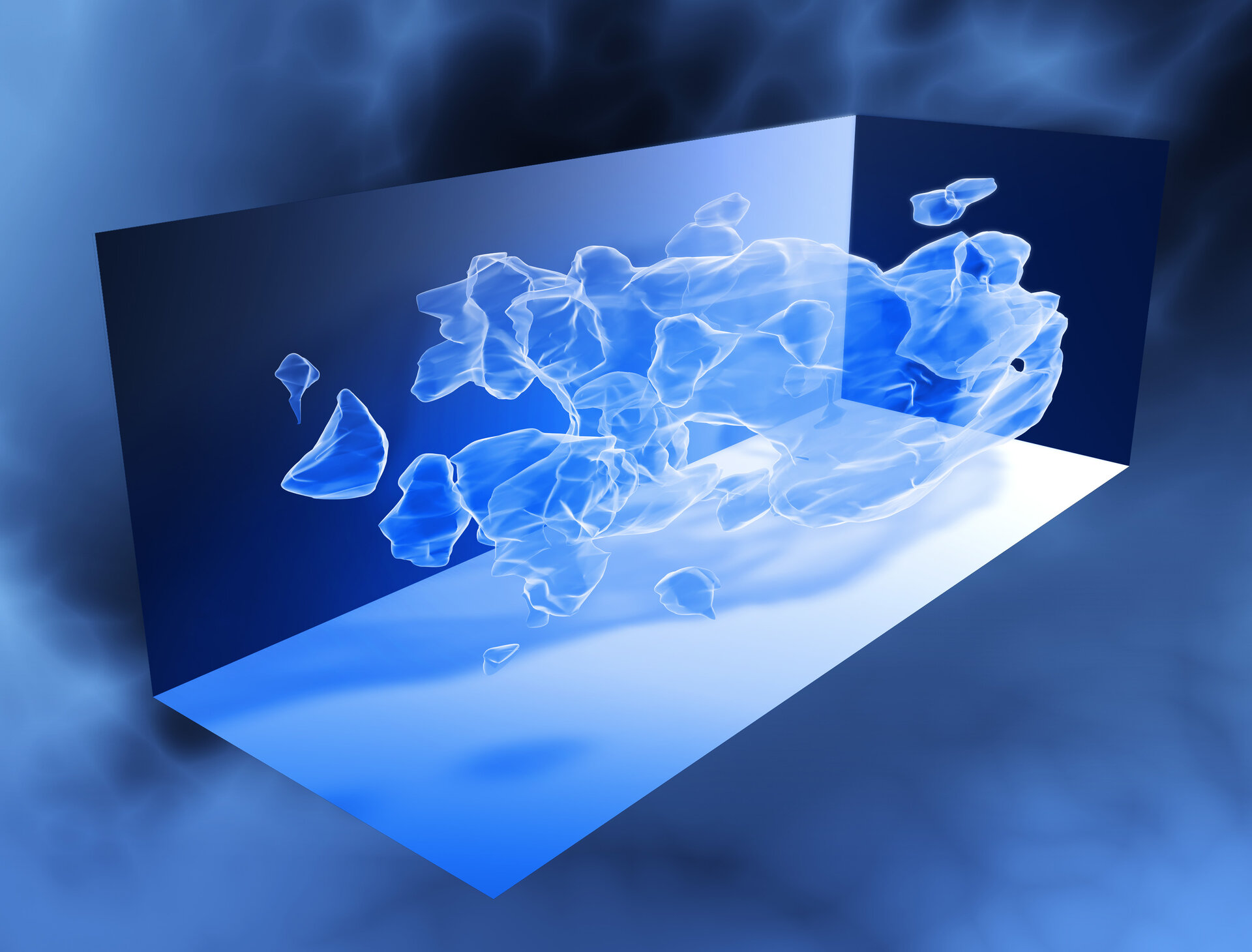 3D distribution of dark matter in the Universe

This three-dimensional map, obtained thanks to HST and XMM-Newton data, offers a first look at the web-like large-scale distribution of dark matter, an invisible form of matter that accounts for most of the Universe’s mass.

The map reveals a loose network of dark matter filaments, gradually collapsing under the relentless pull of gravity, and growing clumpier over time.

The three axes of the box correspond to sky position (in right ascension and declination), and distance from the Earth increasing from left to right (as measured by cosmological redshift). Note how the clumping of the dark matter becomes more pronounced, moving right to left across the volume map, from the early Universe to the more recent Universe.