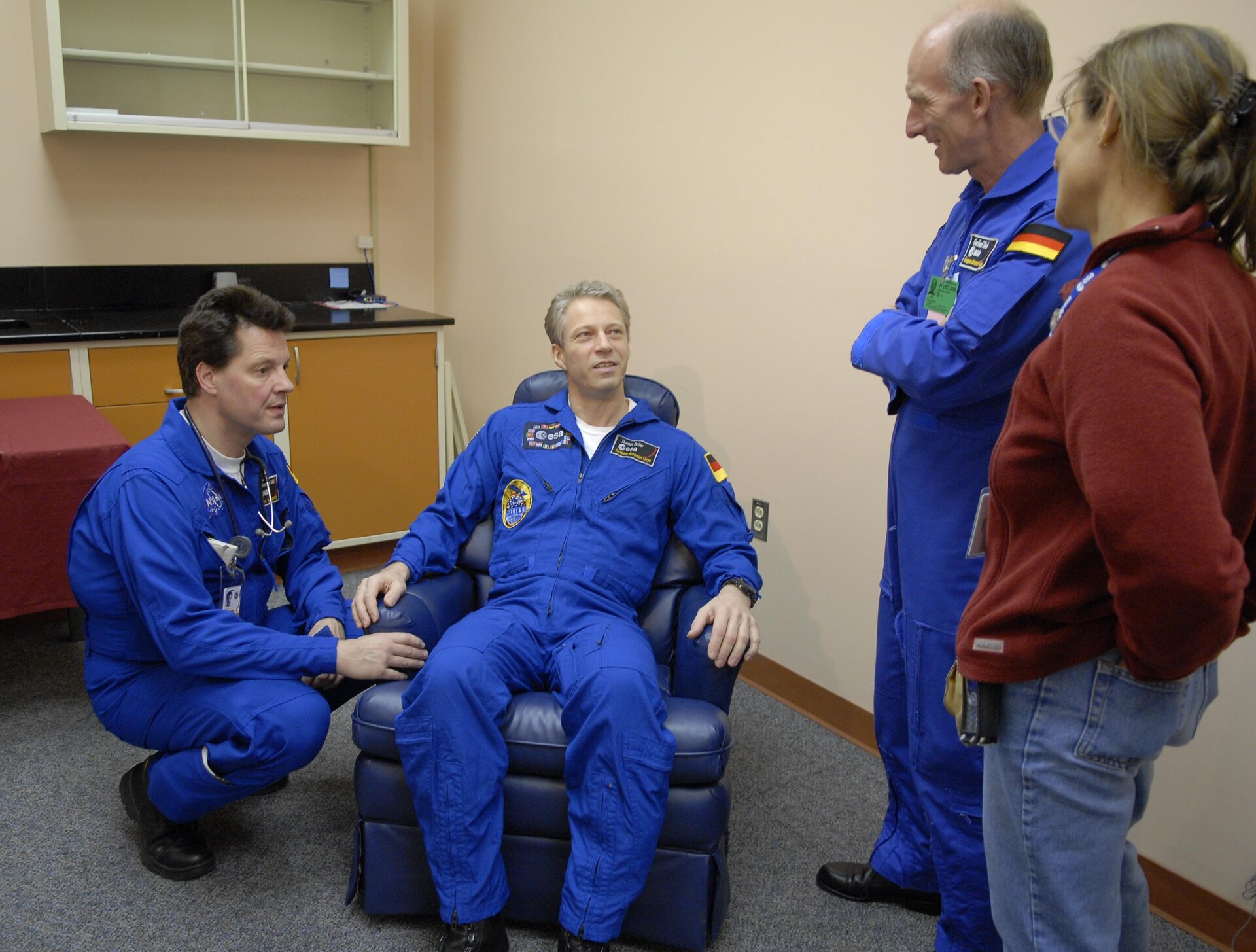 ESA astronaut Thomas Reiter (seated), after returning from a 6-month stay on the International Space Station, talks to colleagues in the crew quarters at NASA's Kennedy Space Center (KSC). Reiter returned to Earth with the STS-116 crew aboard Space Shuttle Discovery. Landing took place on Runway 15 at the KSC Shuttle Landing Facility as the sun set on the shortest day of the year.