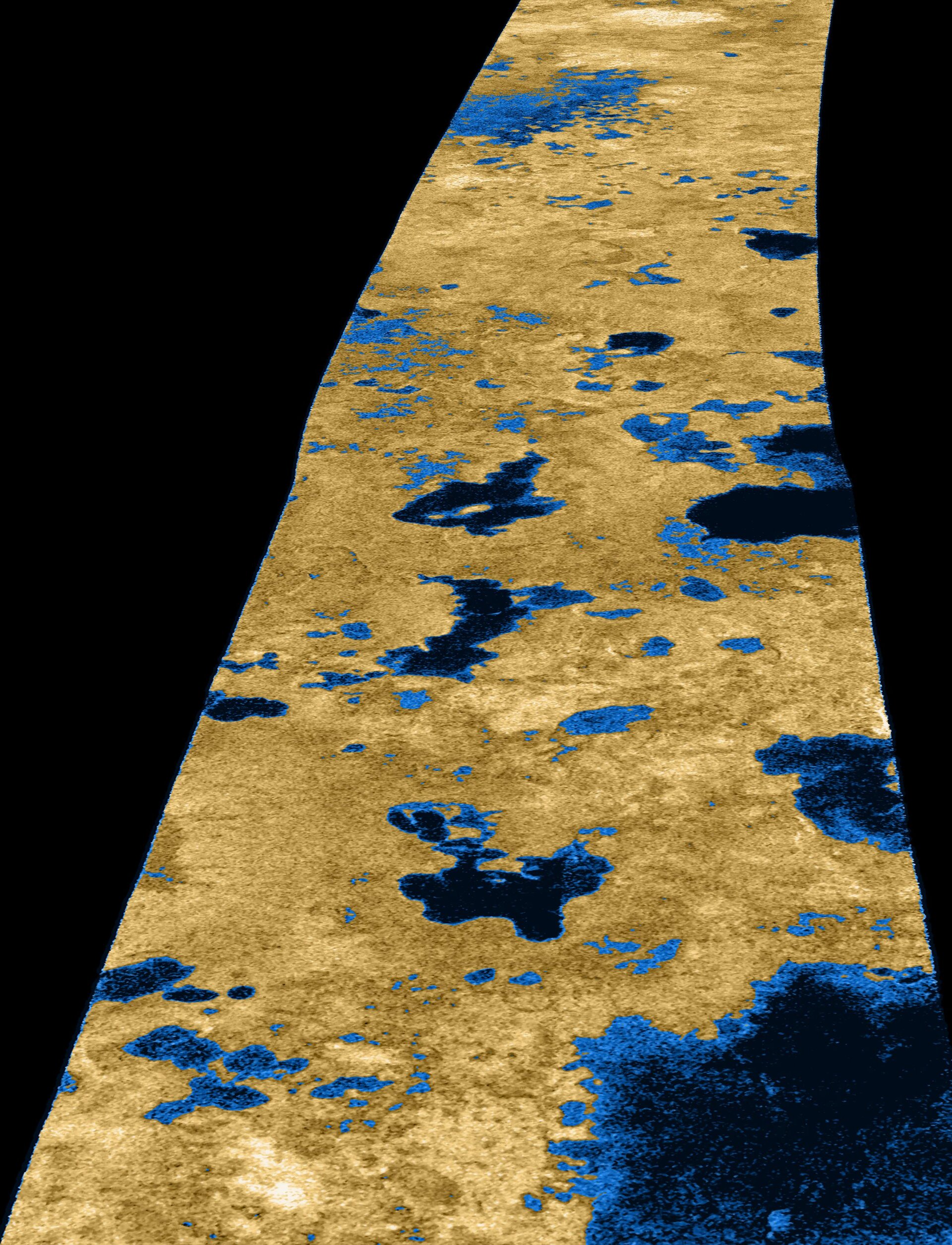 The existence of oceans or lakes of liquid methane on Saturn's moon Titan was predicted more than 20 years ago. But with a dense haze preventing a closer look it has not been possible to confirm their presence. Until the Cassini flyby of 22 July 2006, that is.


Radar imaging data from the Cassini flyby of Titan provide convincing evidence for large bodies of liquid. This image gives a taste of what Cassini saw. Intensity in this colorized image is proportional to how much radar brightness is returned, or more specifically, the logarithm of the radar backscatter cross-section. The colors are not a representation of what the human eye would see.

The lakes, darker than the surrounding terrain, are emphasized here by tinting regions of low backscatter in blue. Radar-brighter regions are shown in tan. The strip of radar imagery is foreshortened to simulate an oblique view of the highest latitude region, seen from a point to its west.