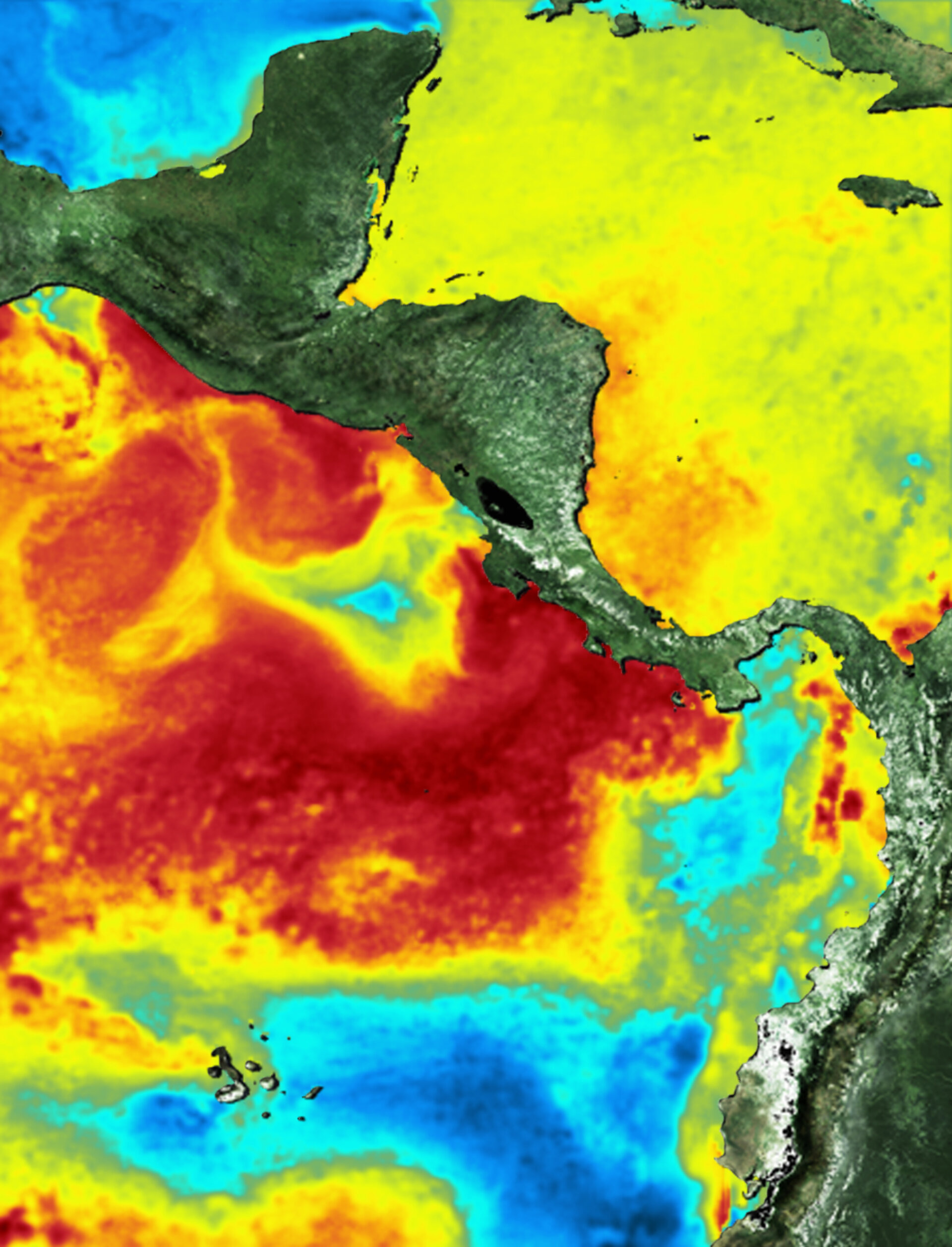 This heat map produced through ESA's Medspiration project shows the sea surface temperatures around Galapagos Islands and Cocos Island in the Pacific Ocean for 18 March 2007. Galapagos Islands and Cocos Island have been integrated into Medspiration until 31 March 2007 in order to support ESA’s new Diversity project, which kicked off in January 2007 to support the initiative of the United Nations Convention on Biological Diversity (UNCBD) to reduce significantly the current rate of biodiversity loss by 2010.