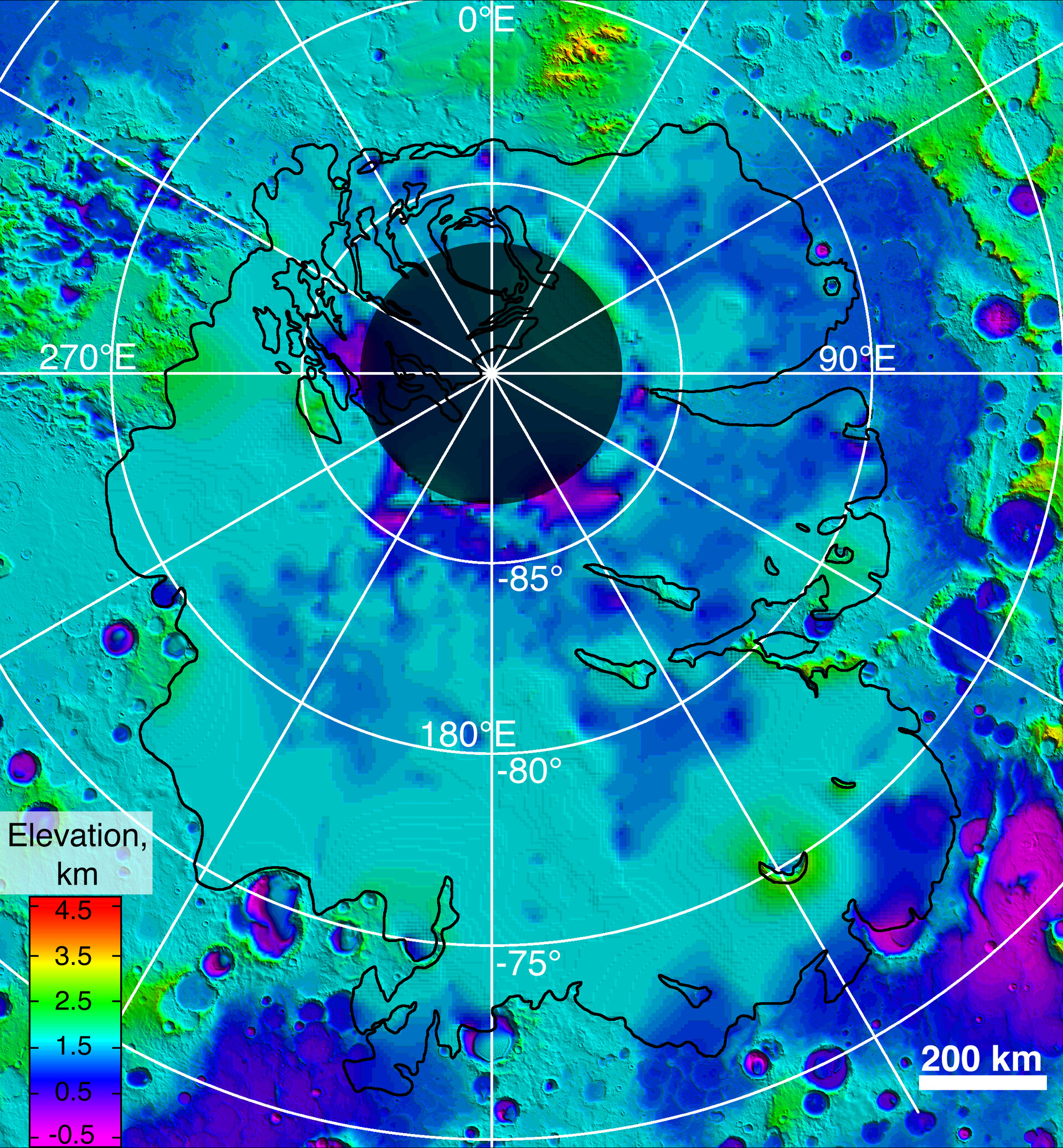 This map shows the topography of the south polar region of Mars, including topography buried by thick deposits of icy material. The map is a combination of subsurface elevation data acquired by the Mars Advanced Radar for Subsurface and Ionospheric Sounding (MARSIS) aboard the European Space Agency’s Mars Express orbiter and surface elevation data acquired by the Mars Orbiter Laser Altimeter aboard NASA’s Mars Global Surveyor orbiter. A non-annotated version of the image can be found here.

The black line shows the boundary of the south polar layered deposits, an ice-rich geologic unit that was probed by MARSIS. Elevation values within the black outline, as measured by MARSIS, show the topography at the boundary between the layered deposits and the underlying material, an interface known as the ‘bed’ of the deposits. The elevation of the terrain is shown by colors, with purple and blue representing the lowest areas, and orange and red the highest. The total range of elevation shown is about 5 kilometres.

The radar data reveal previously undetected features of topography of the bed, including depressions as deep as 1 kilometre shown in purple in the near-polar region. The boundary of the layered deposits was mapped by scientists from the U.S. Geological Survey. The dark circle in the upper center is the area pole-ward of 87 ° south latitude, where MARSIS data cannot be collected. The map covers an area 1670 by 1800 kilometres.