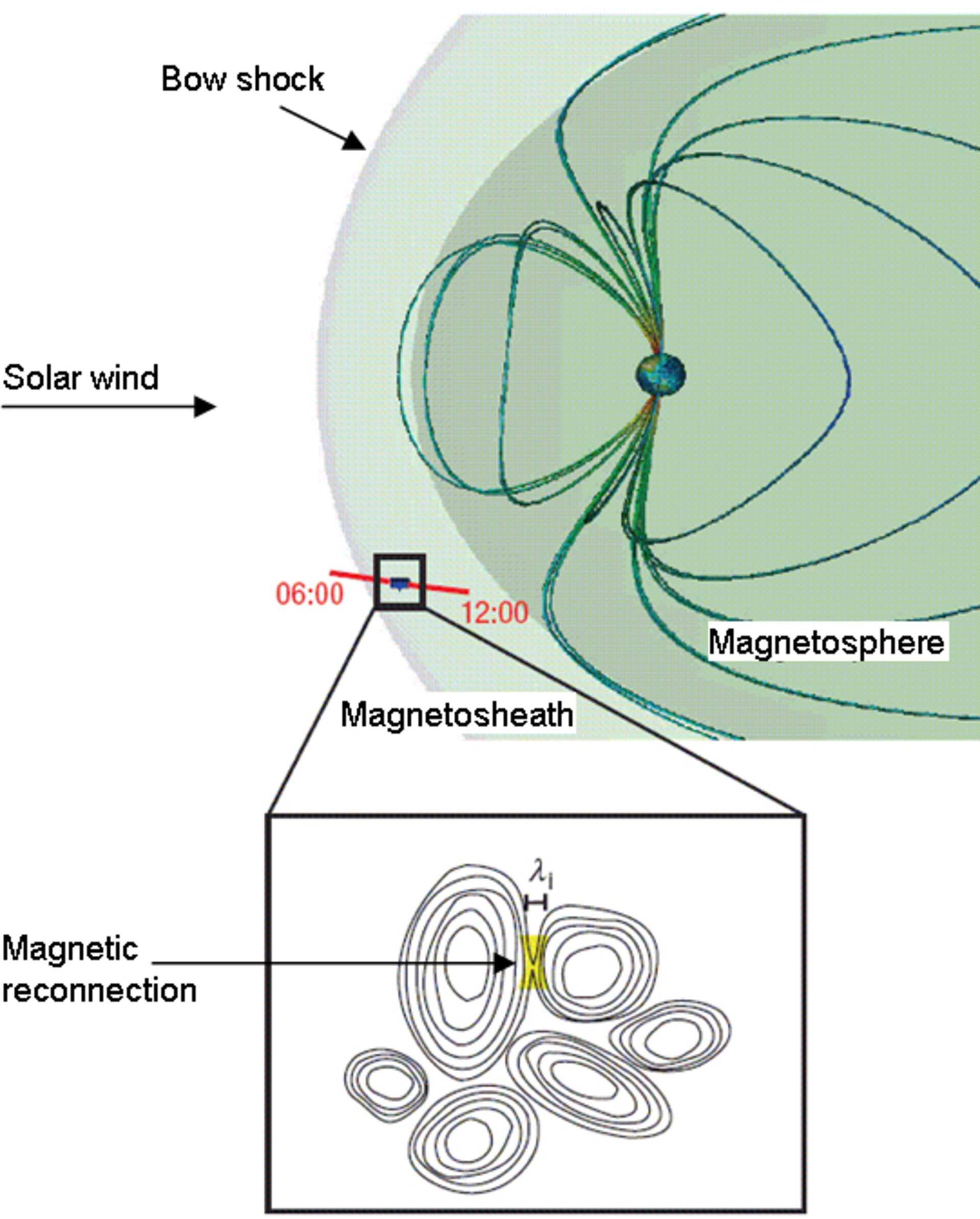 Top: this illustration shows the Earth’s magnetosphere with the orbit of the Cluster flotilla depicted by a red line. The bow shock is seen compressed on the day-side by the solar wind. The magnetosheath is the boundary layer between the bow-shock and the magnetosphere.

Bottom: Schematic diagram of the current-sheet formation between magnetic islands and of magnetic reconnection in the current sheet.

On 27 March 2002, the constellation of Cluster spacecraft (maintaining an inter-spacecraft distance of only 100 kilometres) have observed reconnection within a very thin current ‘sheet’ embedded in the turbulent plasma in the magnetosheath. The observations show that the turbulent plasma is accelerated and heated during the reconnection process. This newly discovered type of small-scale reconnection seems to be associated with the acceleration of particles to energies much higher than the average, which could explain, in part, the creation of high energy particles by the Sun.