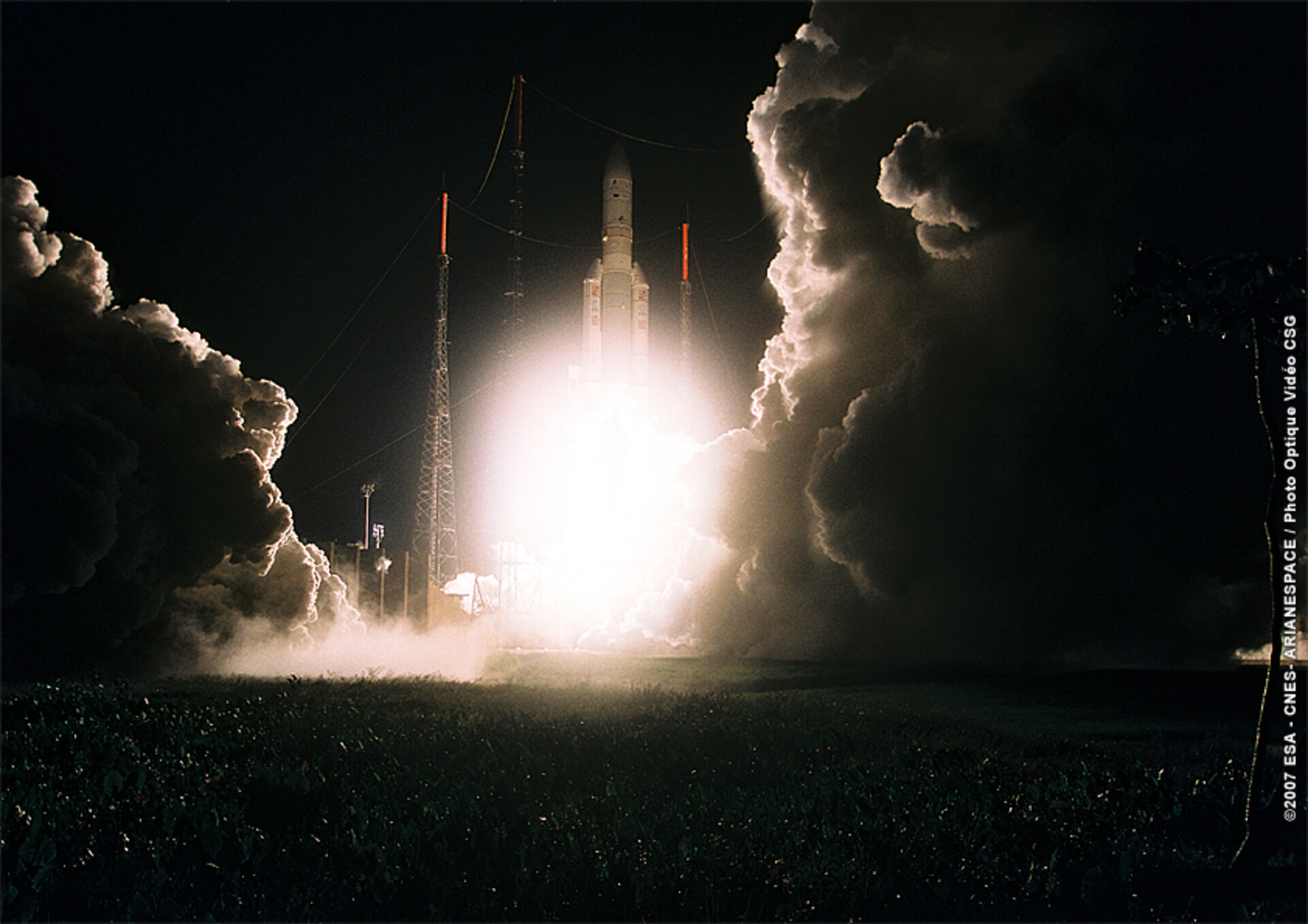 On 4 May 2007, an Ariane 5 ECA launcher lifts off from Europe’s Spaceport in French Guiana on its mission to place two satellites into geostationary transfer orbits. Lift-off of flight V176 took place at 22:29 GMT/UTC (19:29 local time, 00:29 [5 May] CET/Paris). The satellites were accurately injected into the correct transfer orbits about 30 minutes later.

The payload comprised Astra 1L, a Ku- and Ka-band broadcast services satellite intended for direct-to-home transmissions over continental Europe, and Galaxy 17, a C- and Ku-band television and telephony services satellite that will serve North America. The payload mass was 9402 kg; the satellite masses totalled 8605 kg, with payload adapters and dispensers making up the additional 797 kg. This is a new record for Ariane 5 ECA.