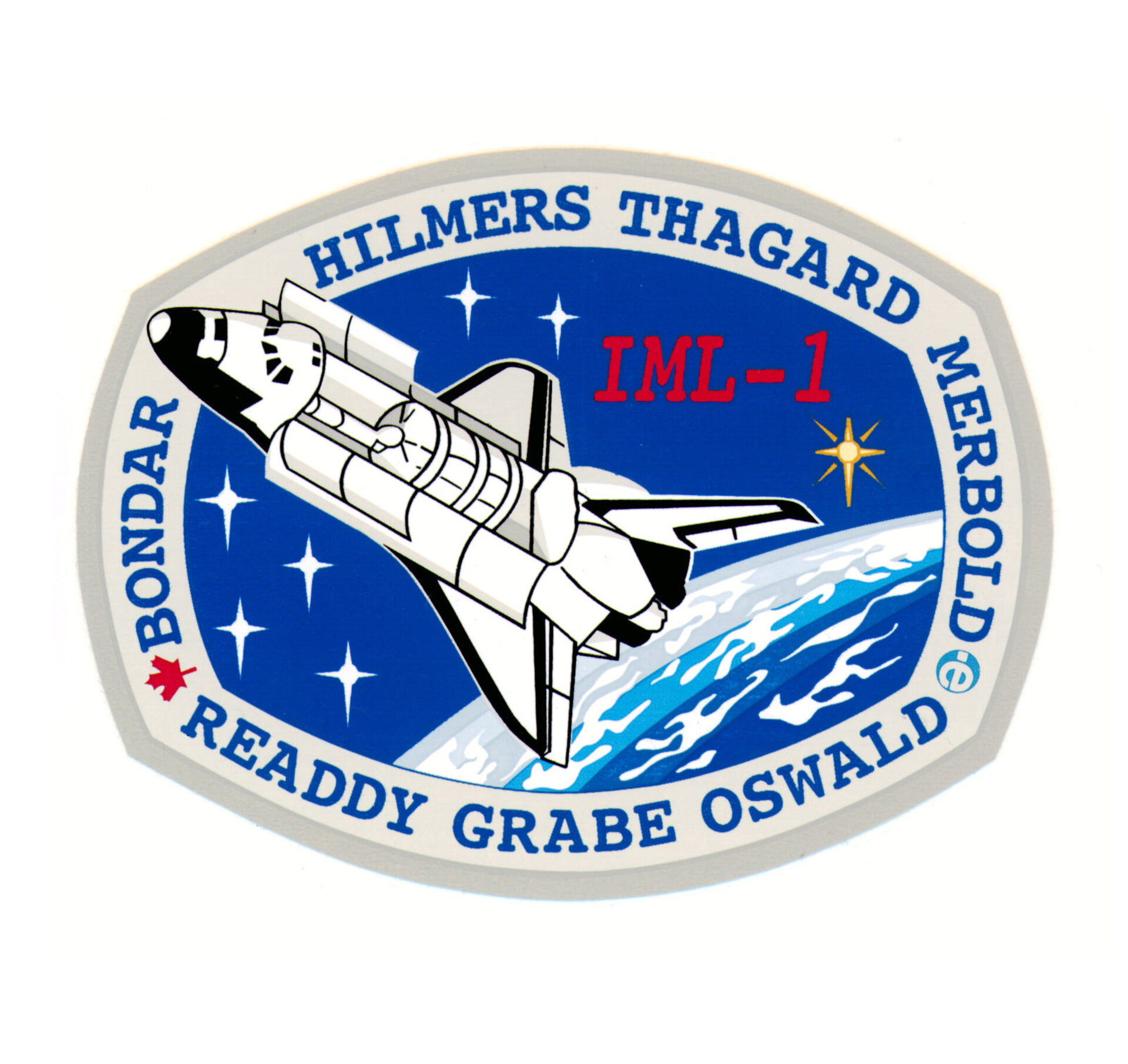 The STS-42 patch shows the Shuttle with the Spacelab module on board. The spacecraft is shown tail-to-Earth, a gravity-gradient attitude best for supporting the various microgravity payloads and experiments. Symbols represent Canada and ESA, and 42 is represented by six white stars (four on one side of the orbiter and two on the other). Crew names are in blue on a silver background. The single gold star above Earth's horizon is in memory of NASA astronaut Sonny Carter, who was killed earlier in the year in a commuter plane crash.


Astronaut William Readdy said, "As you know Sonny was originally assigned to STS-42. He and I designed the patch. (Sonny was always a fan of silver metallic thread on patches). Some patches were made before he was killed and they were given to his family, a few of his close friends and the crew in his memory. The STS-42 patch was then redesigned with Hilmers on it and a gold star representing Sonny just below the IML-1."