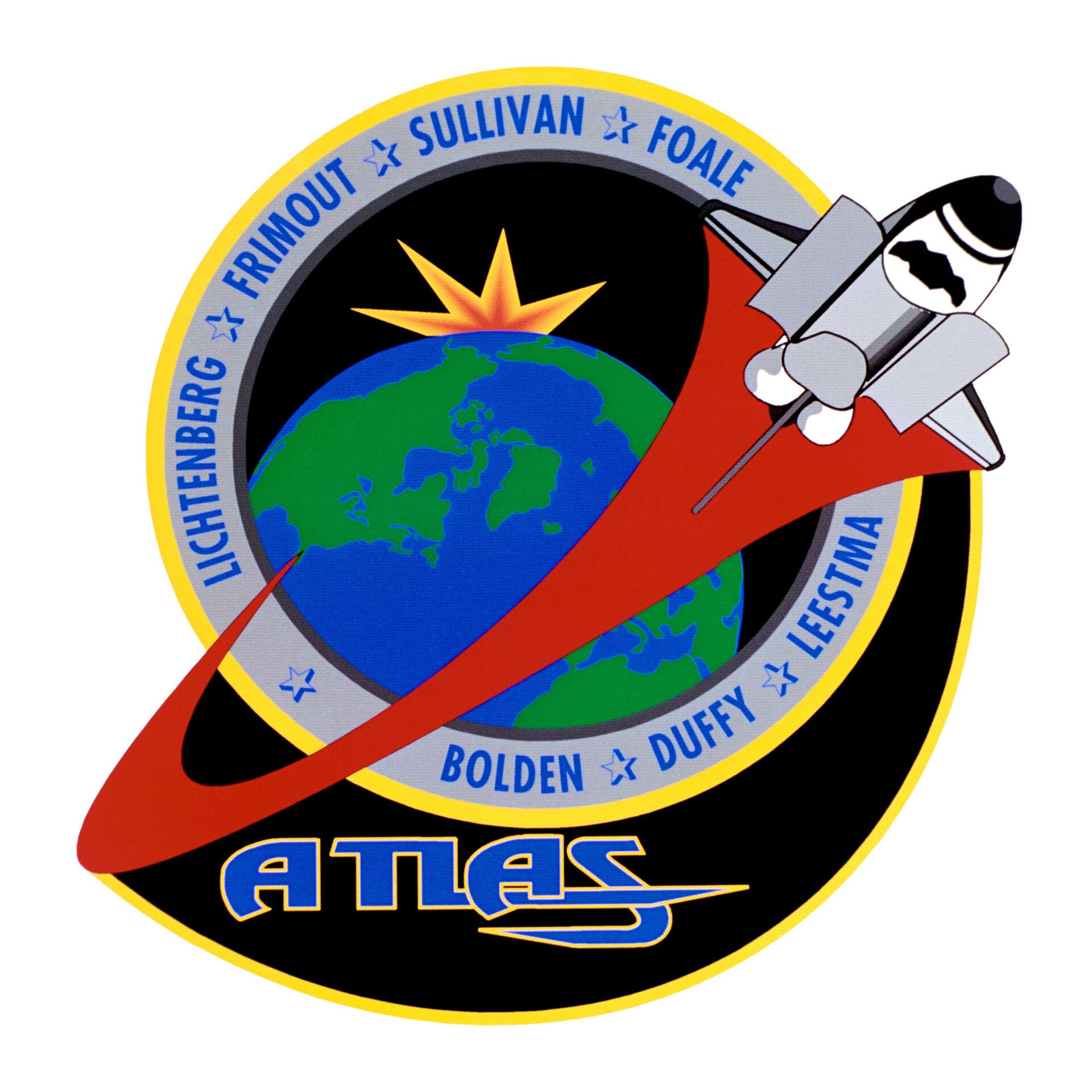 Designed by the crew, the STS-45 patch depicts the Space Shuttle launching from the Kennedy Space Center into a high inclination orbit. From here, the ATLAS payload can view Earth, the Sun, and their dynamic interactions - the focus of the mission's space plasma physics and Earth sciences observations. Along with the crew names, the additional star in the ring is to recognise Charles Chappell and Michael Lampton, back-up payload specialists, and the ATLAS-1 team for its dedication and support of this mission.