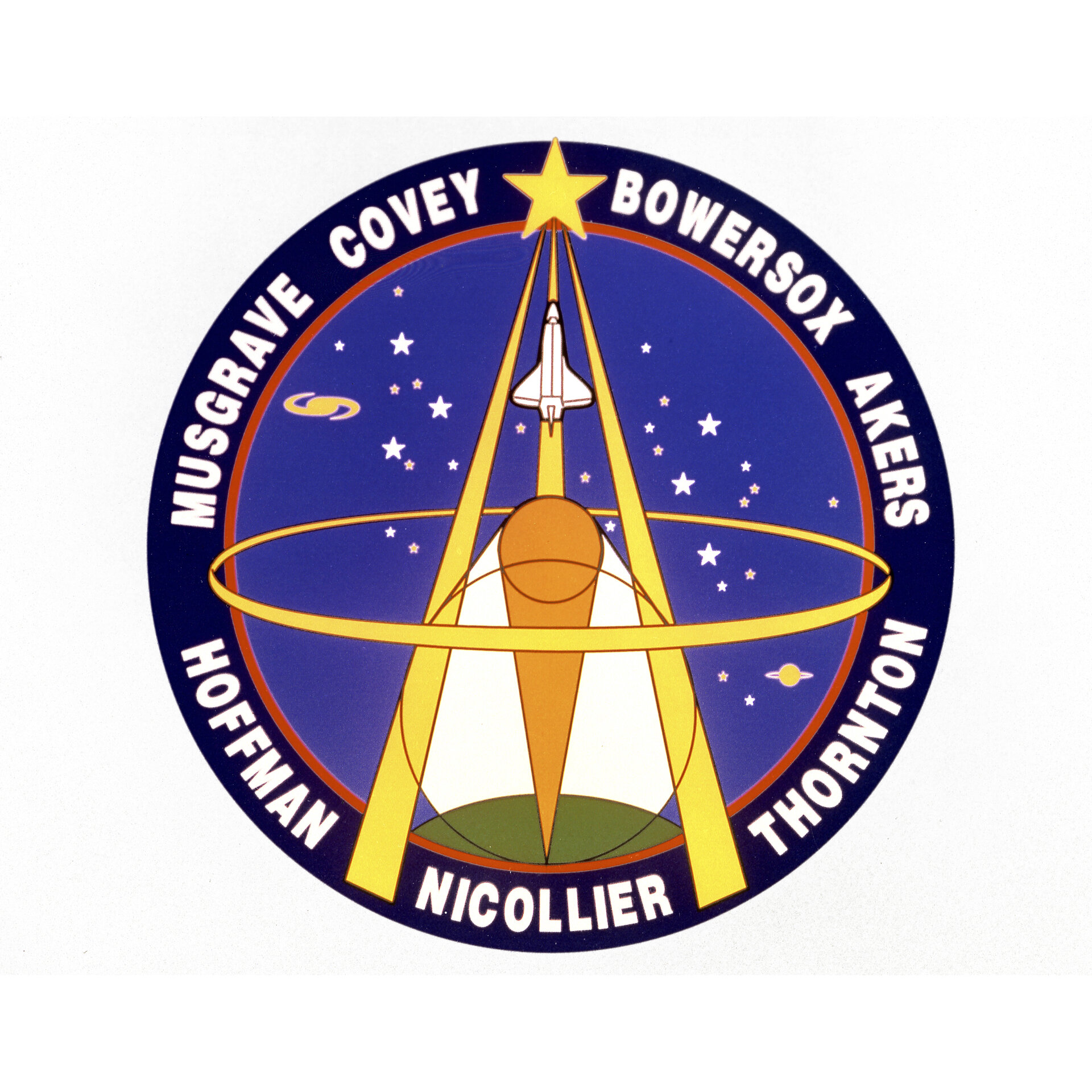 Designed by the crew, the STS-61 patch shows the astronaut symbol superimposed against the sky with Earth underneath. Two circles represent the optical configuration of the Hubble Space Telescope. Light is focused by reflections from a large primary mirror and a smaller secondary mirror. According to the crew members, 'the light is analysed by various instruments and brings to us on Earth knowledge about planets, stars, galaxies and other celestial objects, allowing us to better understand the complex physical processes at work in the Universe'.

The Space Shuttle Endeavour is included to represent a fundamental tool that allows the crew to perform the first servicing of Hubble so its scientific mission may be extended for several years to come. The overall design of the emblem, with lines converging to a point, is also a symbolic of the large-scale Earth-based effort which involves space agencies, industry and universities to reach goals of knowledge and perfection.