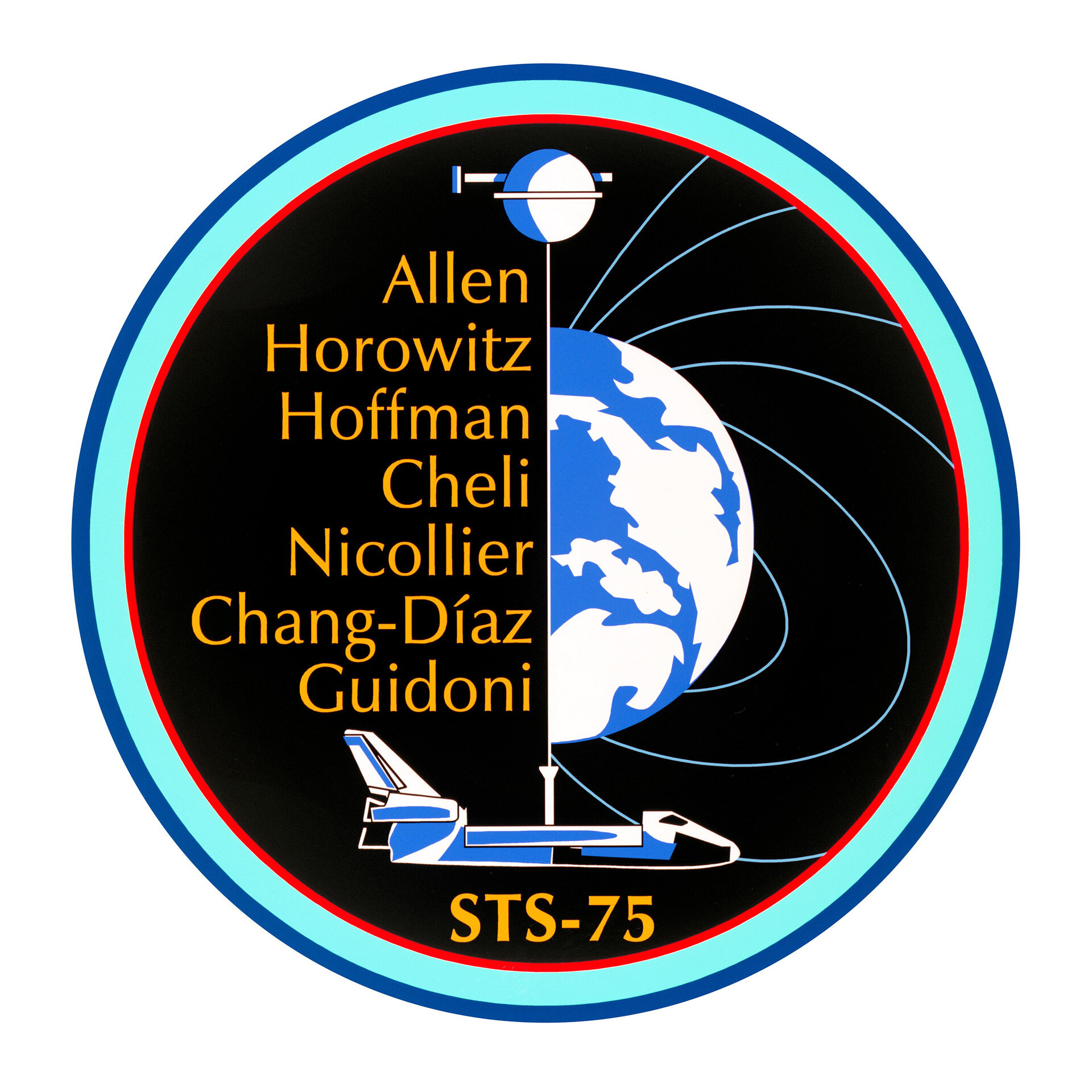 ESA astronauts Maurizio Cheli (IT) and Claude Nicollier (CH) flew with fellow European Umberto Guidoni (IT) on the Space Shuttle Columbia STS-75 in February 1996. Guidoni was an astronaut for the Italian space agency ASI, but joined ESA in 1998. They spent 15 days in space with fellow crew members Andrew Allen, Scott Horowitz, Jeffrey Hoffman and Franklin Chang-Diaz.

The patch was designed for the STS-75 crew by space artist Mike Sanni and depicts the Space Shuttle and the Tethered Satellite connected by a 21 km electrically conducting tether. The Shuttle and Tethered Satellite System is passing through Earth's magnetic field which, like an electrical generator, produces thousands of volts of electricity. The tether is crossing Earth's terminator, signifying the dawn of a new era for space tether applications and in our knowledge of Earth's ionosphere, material science and thermodynamics.