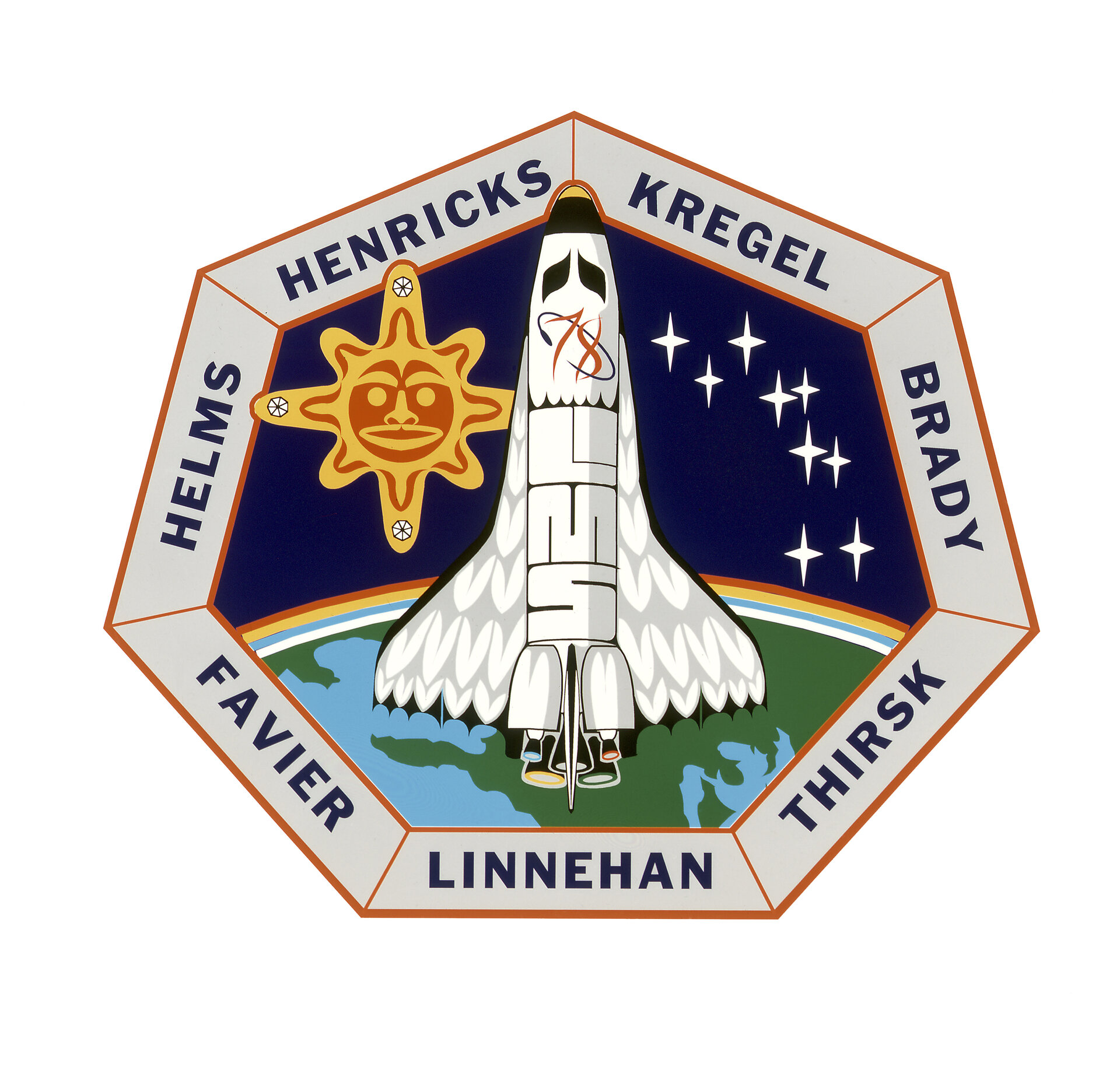 The STS-78 patch design uses the art of North America's northwest coast Indians. Central to the design is the Space Shuttle which evokes the Indian image for the eagle, a native American symbol of power and prestige as well as the US national symbol. The black atom orbiting the mission number recalls the original NASA emblem while beneath, using Indian ovoid forms, the major mission scientific experiment package LMS (Life and Materials Sciences) housed in the Shuttle's cargo bay, reminiscent of totem-pole art. Nearby is a Tsimshian Indian symbol representing the Sun, the symbol of life. Beneath the Tsimshian sun, the colours of Earth's limb are enclosed by a red border representing life to the Northwest coast Indians. To the right of the Shuttle, the constellation Delphinus represents the dolphin, friend of ancient sailors and, now perhaps too, the space voyagers suggested by these nine stars. The patch also celebrates the 1996 Olympic Games, being held in Atlanta, Georgia, at the time. The Shuttle is shown over the city of Atlanta, and its engines form the five rings of the Olympics logo. This is the first time in NASA patch history that astronauts on international missions have dispensed with identifying country flags beneath their names to celebrate the spirit of international unity.