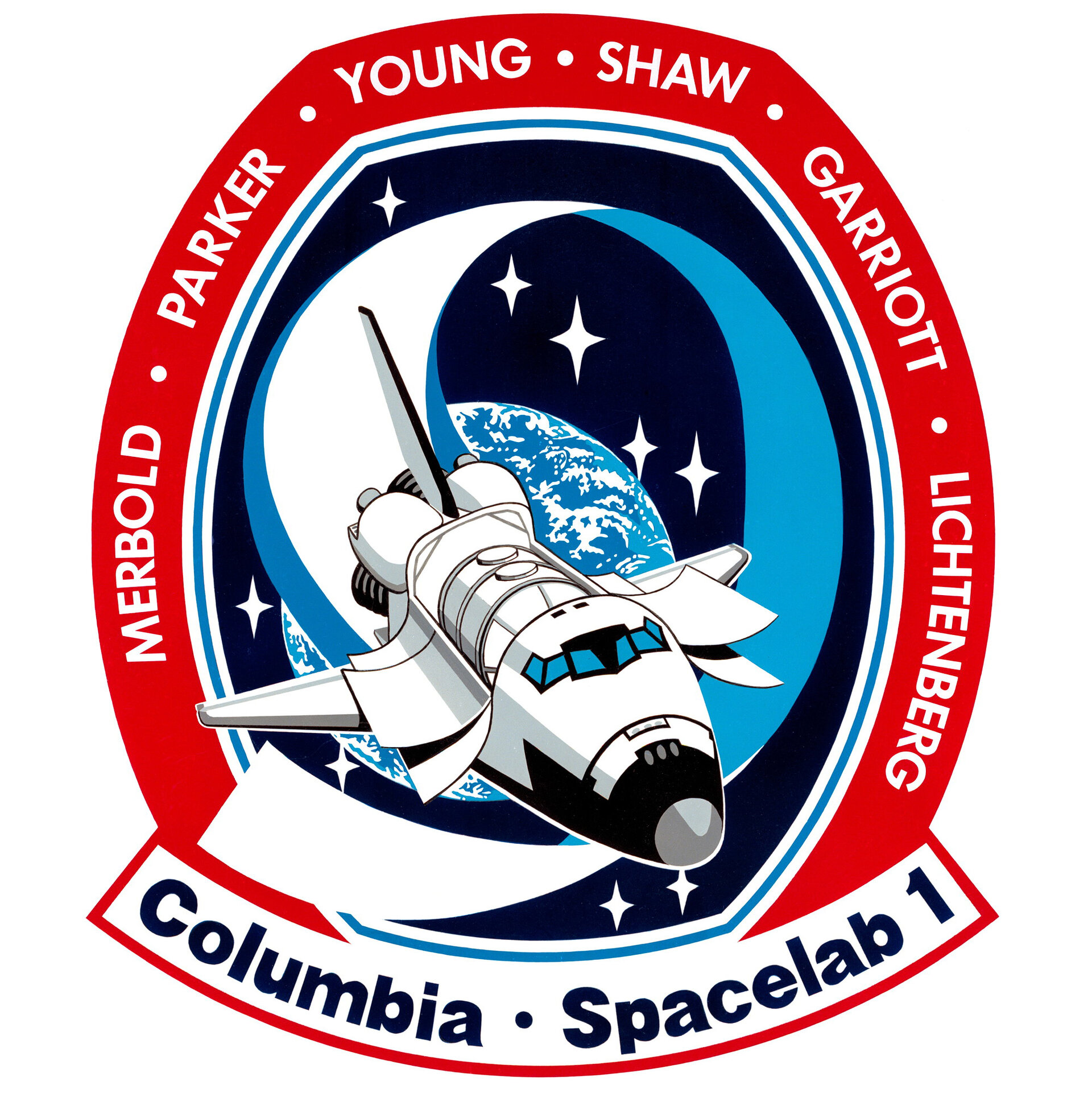 Ulf Merbold was the first ESA astronaut to fly in space, and the first non-US citizen to fly on a Space Shuttle, as part of the crew of the STS-9 Spacelab 1 mission on Space Shuttle Columbia in 1983.

At 10 days, it was the longest duration Shuttle flight to date, and with a 6-member crew (Merbold with John Young, Brewster Shaw, Owen Garriott, Robert Parker and Byron Lichtenberg) this was another spaceflight record at the time.

The nine stars and the path of the orbiter on the patch give the flight's numerical designation in the Space Shuttle's mission sequence. Spacelab is seen in Columbia's payload bay.