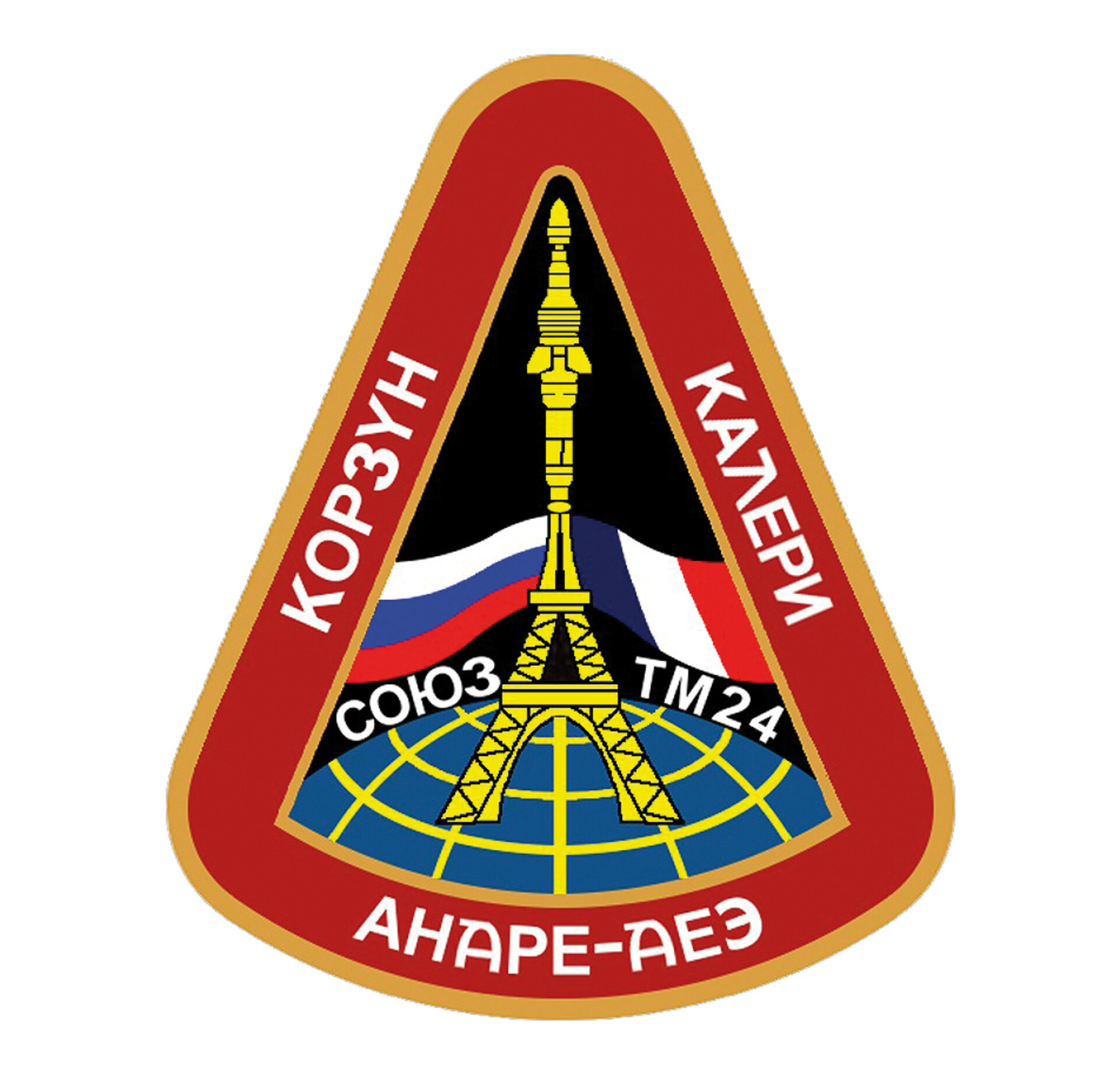 CNES astronaut Claudie André-Deshays became the first French woman in space on Soyuz TM-24. She flew to the Mir space station for 16 days in 1996, as part of the Russian-French Cassiopée mission, together with cosmonauts Valeri Korzun and Alexander Kaleri.

They joined US astronaut Shannon Lucid and Mir 21 crewmates Yuri Onufriyenko and Yuri Usachev. André-Deshays carried out biological and medical experiments on Mir before returning to Earth with Onufriyenko and Usachev.

The CNES mission logo was adopted as the official mission patch, but Novosti Kosmonavtiki designed a Soyuz TM-24 flight patch (and an EO-22 'expedition' patch. The flight patch, with the Eiffel tower, was sketched by Oleg Shinkovich.

Some bad luck occurred one week before the mission - with the patches already sewn - it was announced that Russian crewmembers Gennadi Manakov and Pavel Vinogradov would be replaced by their back-ups Valeri Korzun and Alexander Kaleri, because Manakov had fallen ill.

The patches were remade, but not finished in time for the crew to wear them.