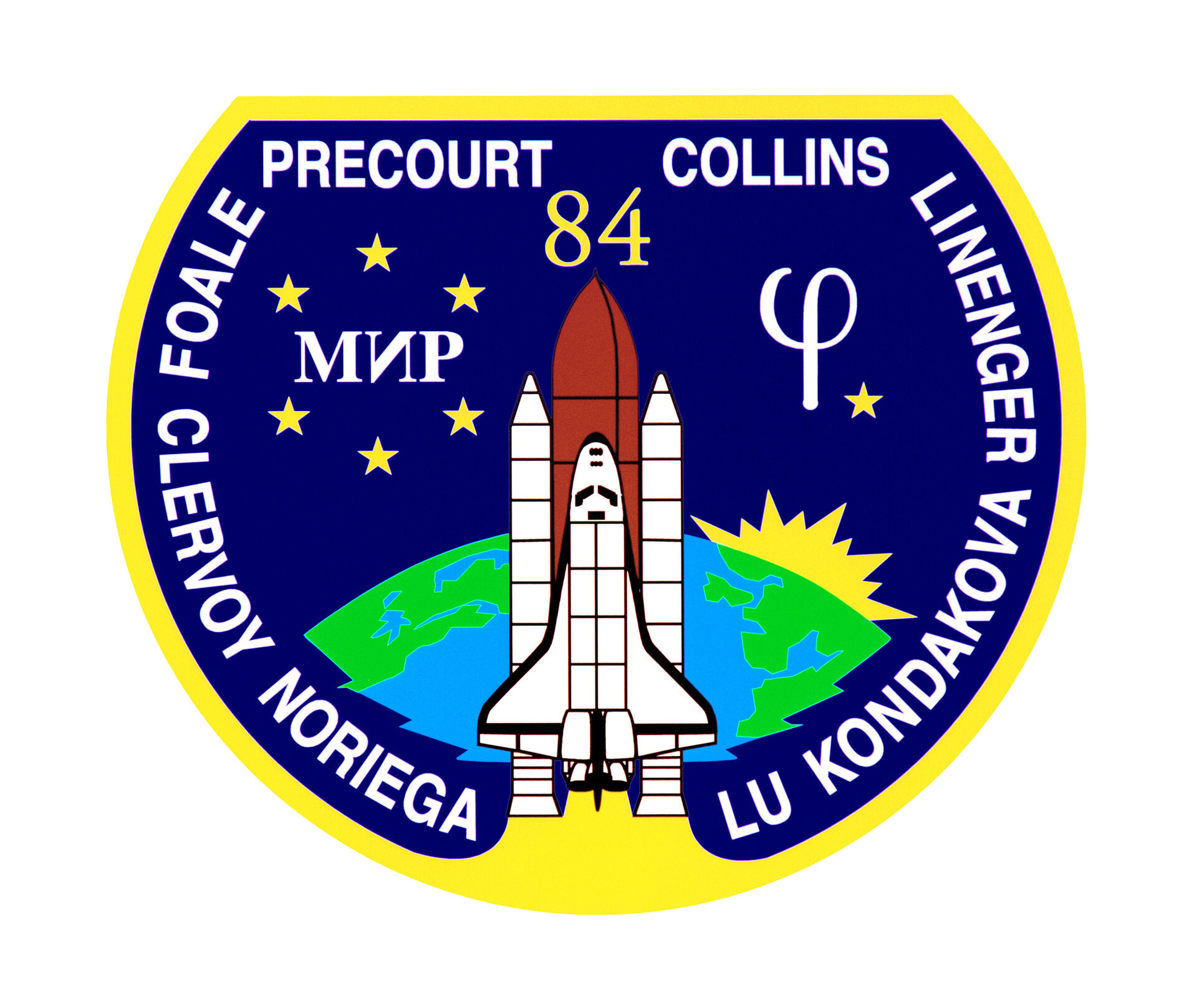 The STS-84 patch shows a Space Shuttle launch with Earth and Sun in the background. The names of the eight astronauts who flew on Atlantis, including the two who changed their positions on Mir for a long-duration flight, are shown in the border of the patch.