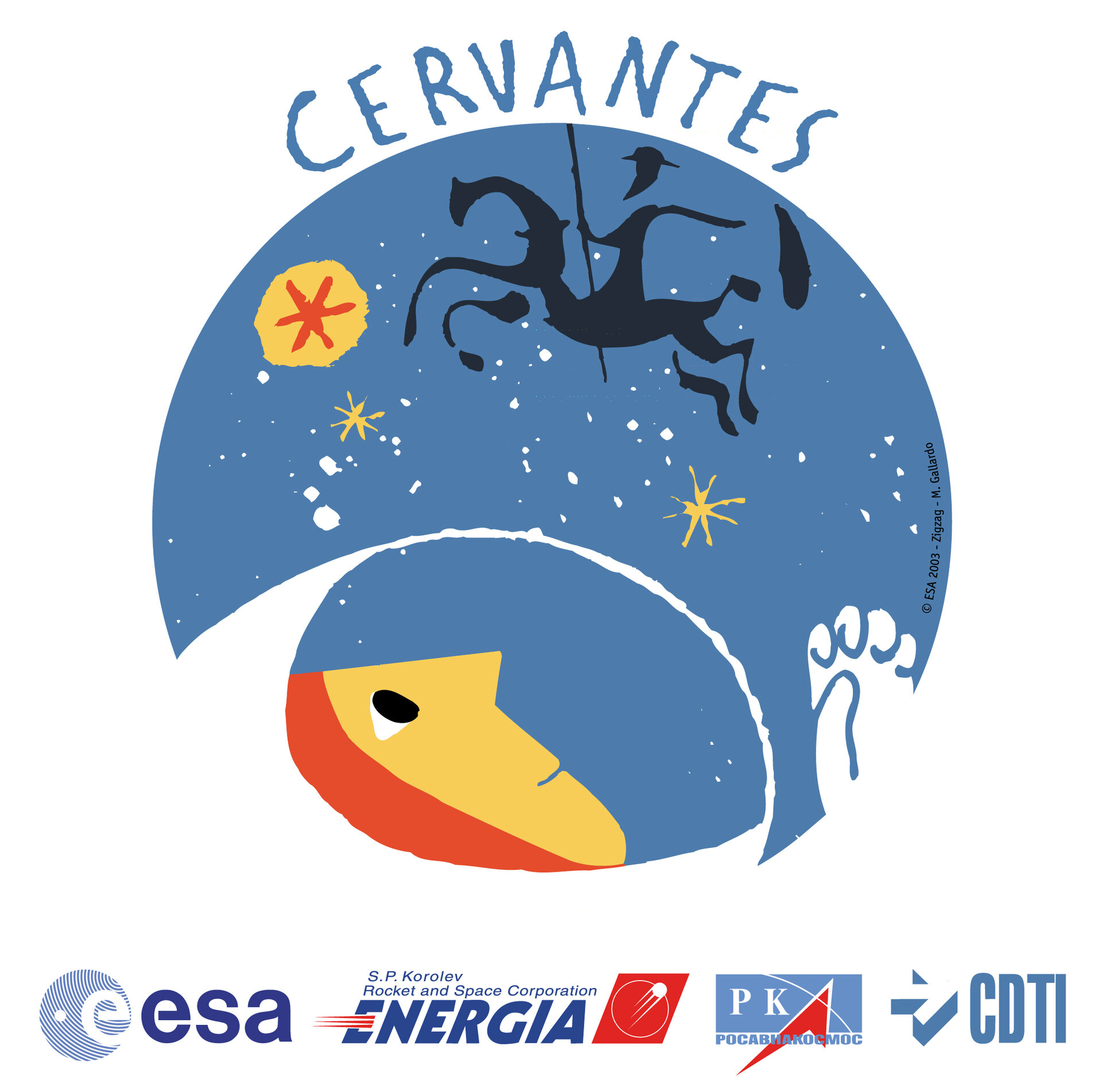 In the ‘Cervantes’ mission, ESA astronaut Pedro Duque (ES) stayed on the International Space Station for 8 days during his 10-day Soyuz TMA-3 flight in October 2003. With him were Alexander Kaleri and Michael Foale, the ISS Expedition 8 crew.

In the patch, the astronaut looks to the sky and extends his hand towards the stars that he hopes to reach some day. Like the Cervantes' hero, Don Quixote, he is anxious to explore the Universe to discover the mysteries of life. In the constellation, the biggest star is the one placed there by man: the International Space Station, which already shines above our heads and is an oasis for travellers in space.

The Cervantes mission patch was designed by Miguel Gallardo, a well-known Spanish illustrator. Gallardo studied at Barcelona’s Massana School of Arts and Crafts, and is the creator of 'Makori', a popular character of 1980s comics in Spain. As a press illustrator, he is a regular contributor to La Vanguardia and various other magazines and publications both in Spain and abroad.