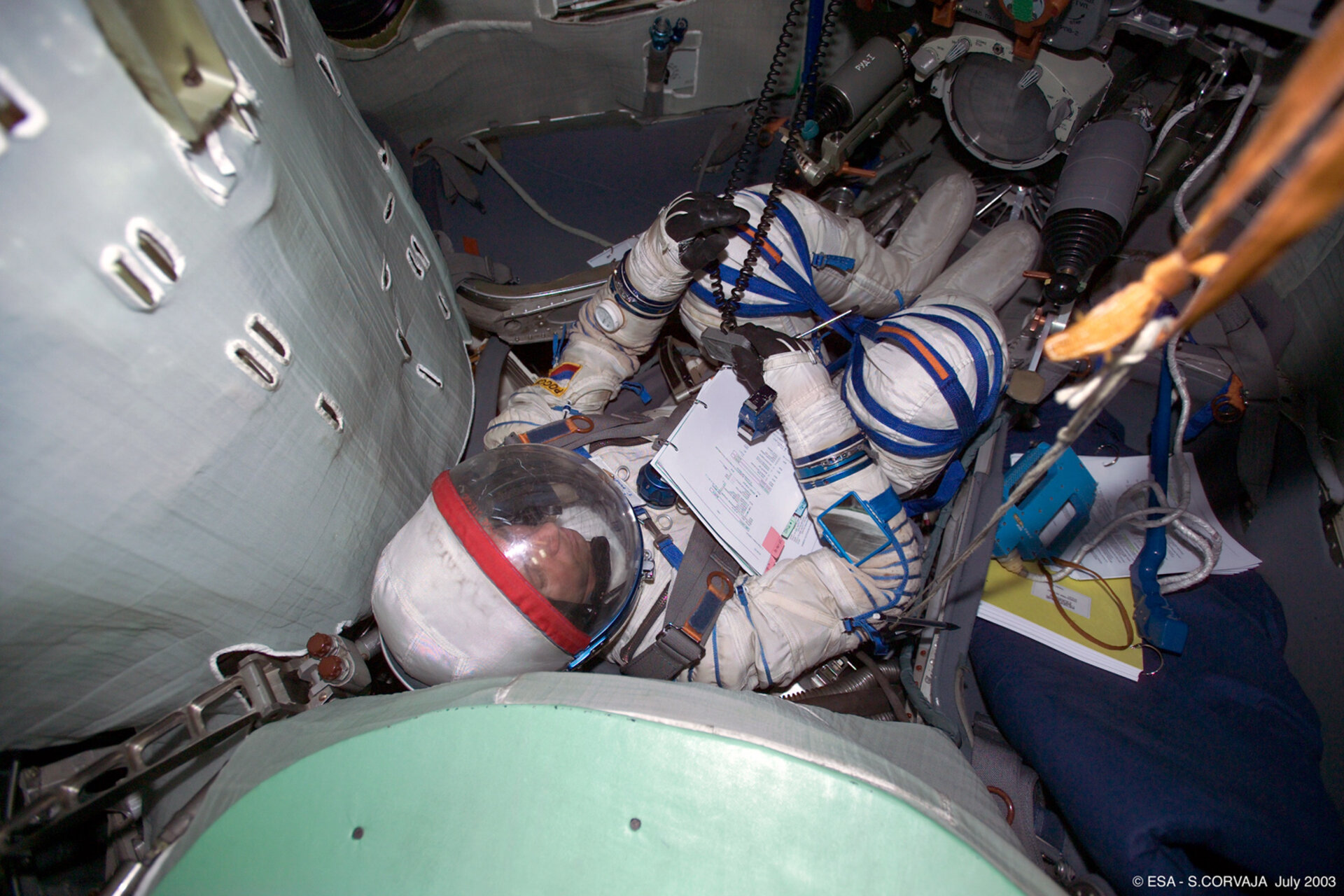 ESA astronaut Thomas Reiter, from Germany, during a training session inside the Soyuz TMA simulator at the Gagarin Training Center, also known as Zviezdny Gorodok ("Star City"), near Moscow, in July 2003, as part of his preparation for future long-duration flights to the International Space Station (ISS).

For this simulation, Thomas Reiter, alone in the module, sits in the commander's seat. He wears the Sokol pressure suit worn by the crew during launch and return phases.

A military test-pilot, Thomas Reiter was involved in ESA studies of the Hermes spaceplane and development of equipment for the Columbus module before he was selected to join the ESA Astronaut Corps in 1992. Selected for ESA's Euromir 95 mission, he began training in Zviezdny Gorodok in August 1993 and flew this record-breaking 179-day mission on the Mir space station from September 3, 1995 to February 29, 1996. He performed some 40 European scientific experiments, participated in the maintenance of the station and carried out two spacewalks.

In 1997, Thomas Reiter was certified as 'Soyuz Return Commander', a qualification that allows him to command a three-person Soyuz capsule during its return from space. He also worked with the European Robotic Arm development team at ESA.

After being detached for 18 months to the German Air Force, he returned to ESA in April 1999 and gave support to the Automatic Transfer Vehicle (ATV) development team. He also resumed training in Russia. Since April 2001, Thomas Reiter is assigned to the first ISS advanced training class to prepare for one of the first European long-term flights onboard the ISS.