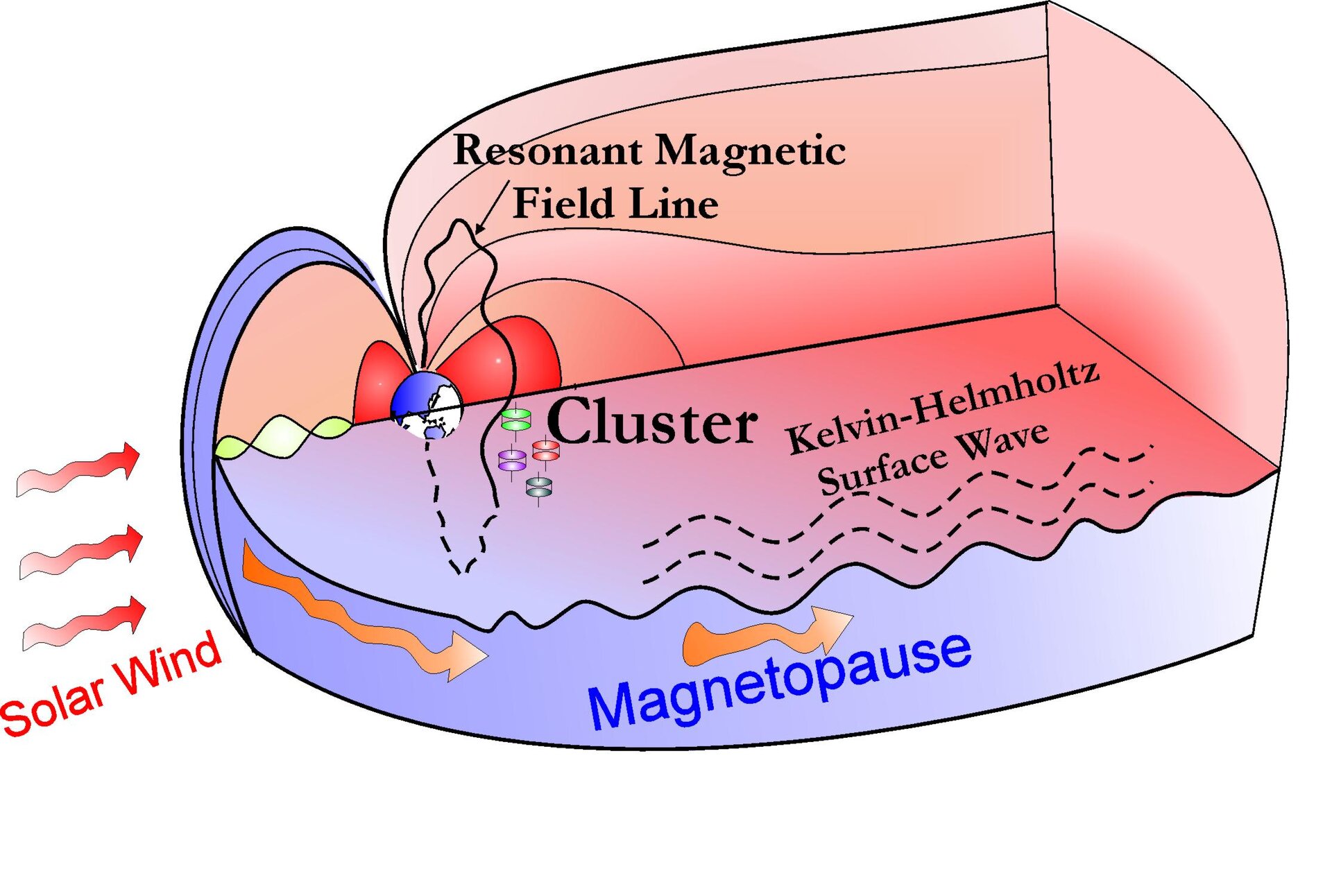 This picture is an artist's impression of the influence of solar wind on Earth's magnetosphere. It results in the creation of instabilities in the magnetic field due to interaction between two superimposed fluids of differing densities and velocities along the magnetopause (Kelvin-Helmholtz surface waves). These surface waves waves create ULF waves, which in turn generate killer electrons. ESA’s Cluster constellation is depicted flying across.