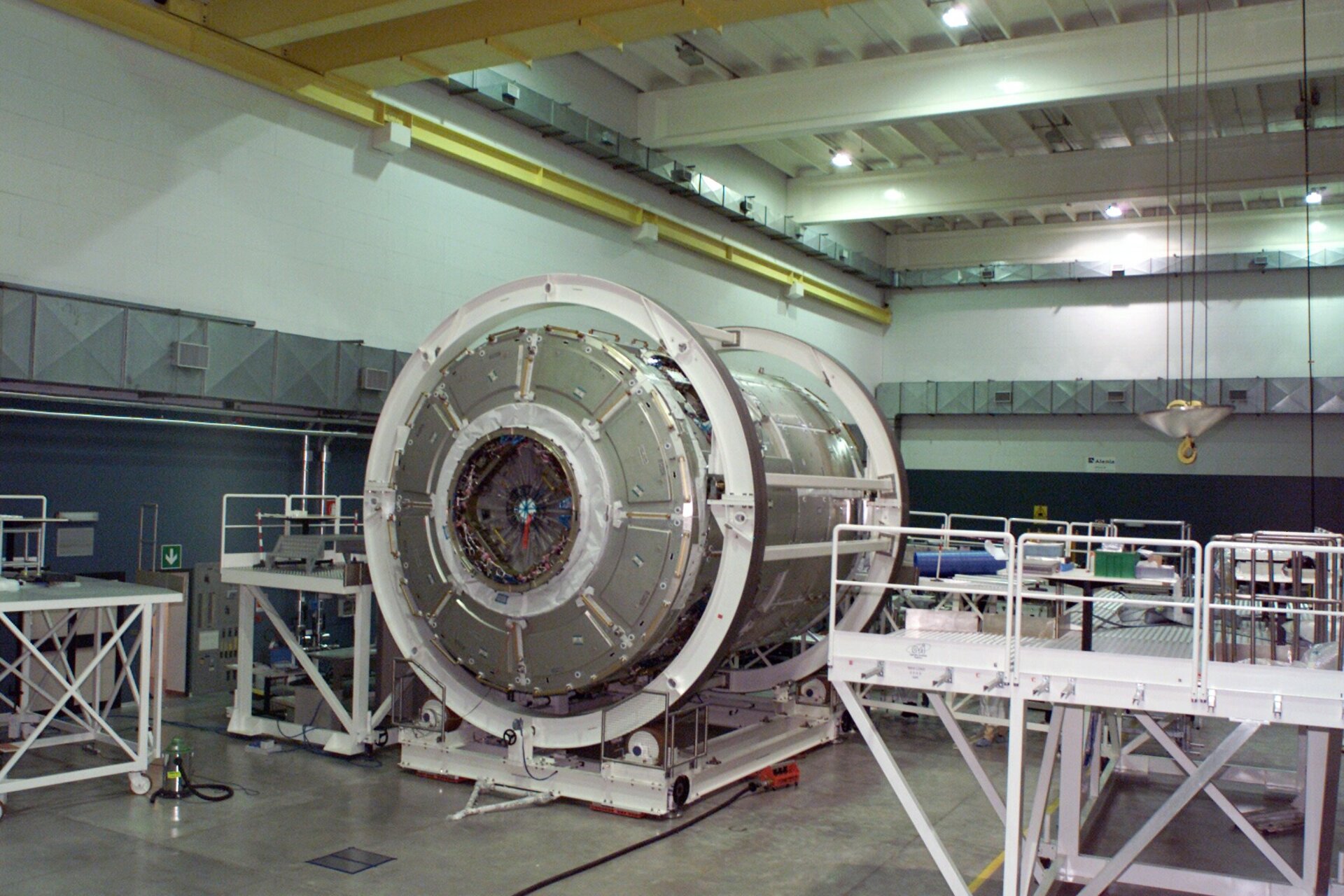 28 May 2003 - The International Space Station Node 2 module is shown in a processing facility. Under contract of the Italian Space Agency (ASI), Alenia Spazio in Turin, Italy, led a consortium of European sub-contractors to build Node 2. The module was built for NASA under a barter agreement with ESA in exchange for the launch of the European Columbus Laboratory by the Space Shuttle to the International Space Station. Node 2 will provide a passageway between three ISS science experiment modules: the U.S. Destiny Laboratory, the Kibo Japanese Experiment Module and the European Columbus Laboratory. The addition of Node 2 to the Station will signify the U.S. Core Complete stage of assembly, at which time the Station can support the addition of international laboratories from Europe and Japan.