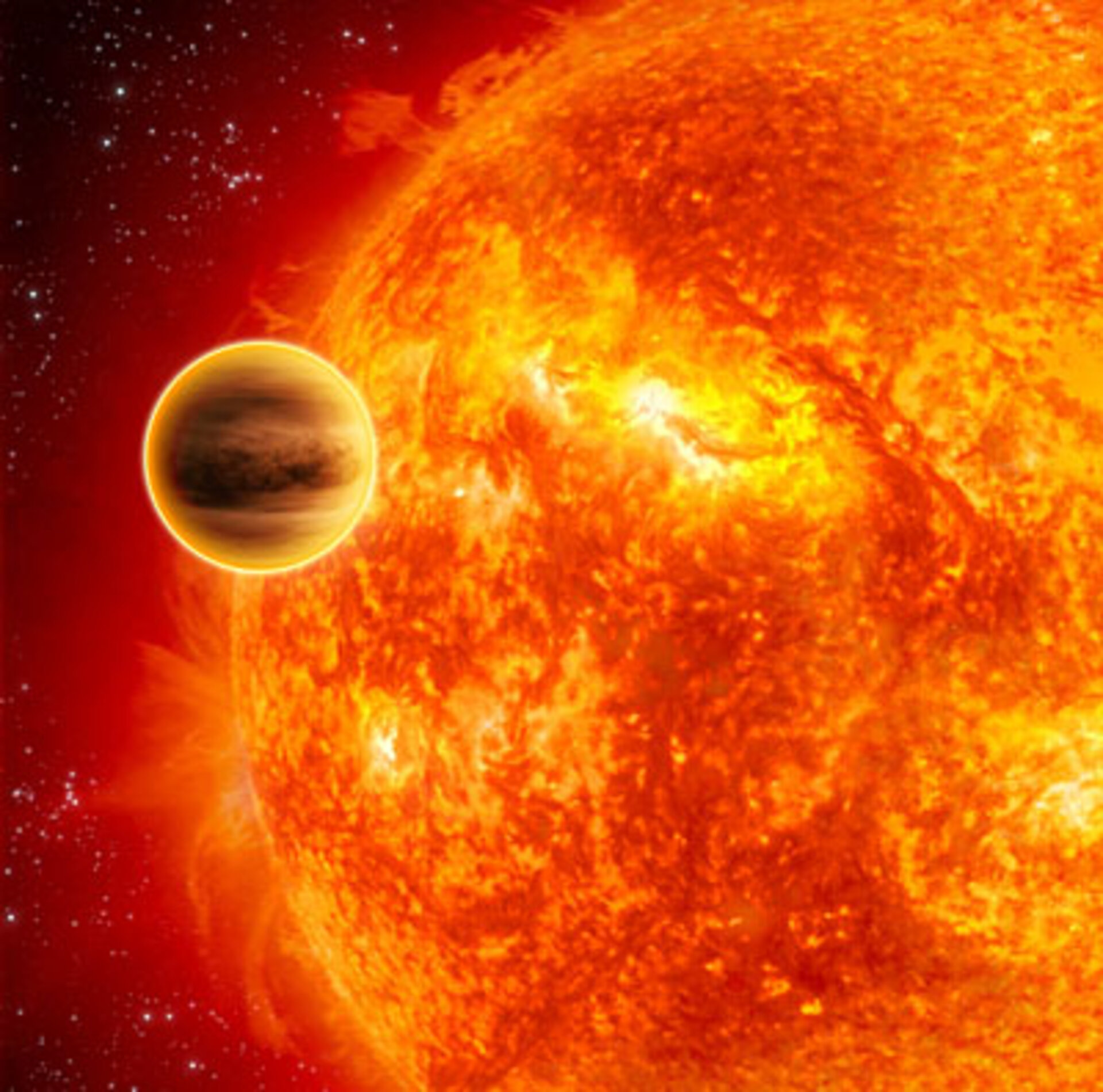 An artist’s impression of a transiting exoplanet, named 'HD 189733b'.

Scientists have reported the first conclusive discovery of the presence of water vapour in the atmosphere of a planet beyond our Solar System.

Infrared analysis of this gas giant’s transit across its parent star provided the breakthrough. The planet HD 189733b lies 63 light-years away, in the constellation Vulpecula.

It was discovered in 2005 as it dimmed the light of its parent star by some three percent when transiting in front of it.