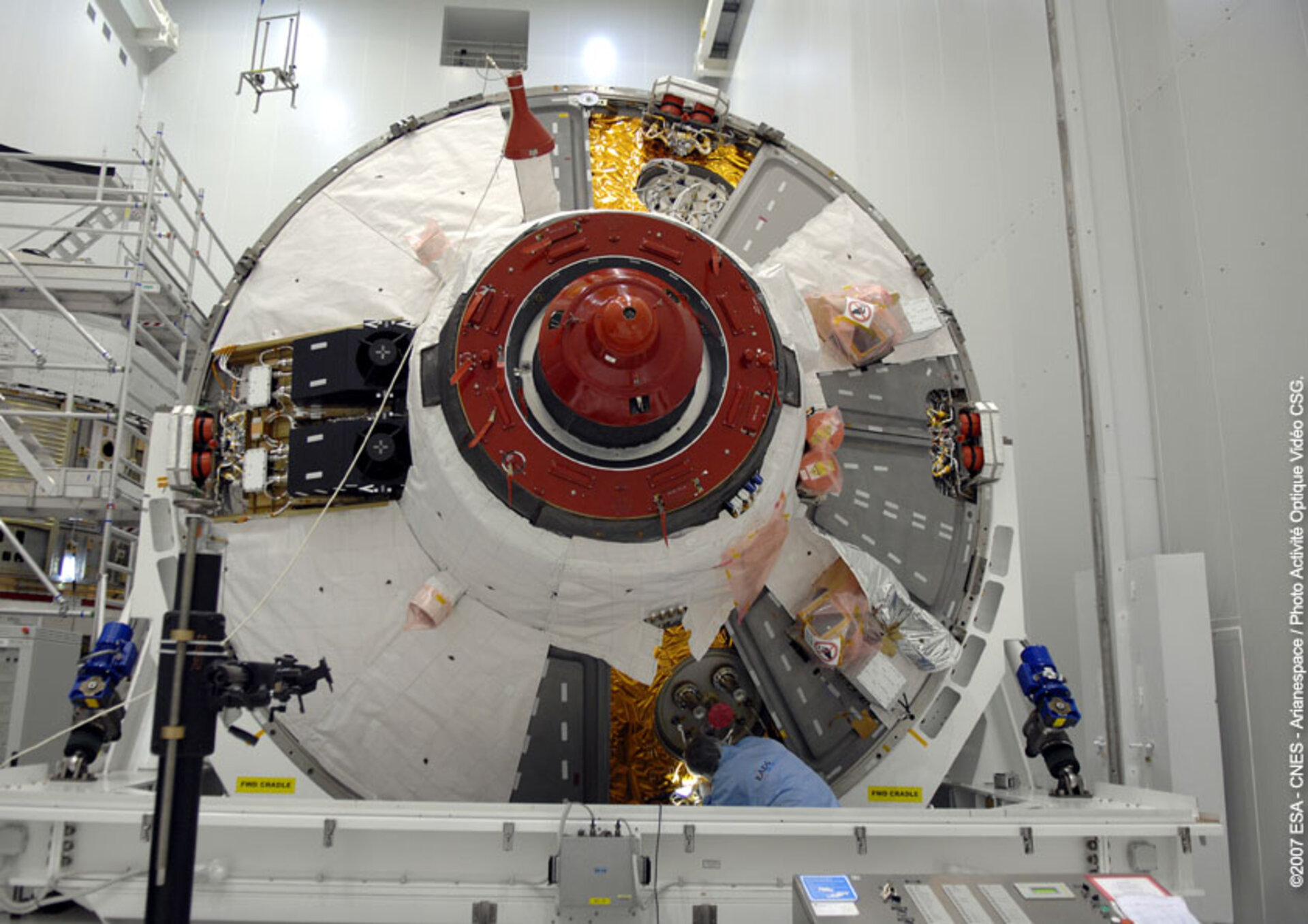 ATV cargo carrier front cone which accommodates the Russian
docking system with its 80 cm-diameter hatch. The front end is also equipped with avionics and propulsion hardware, critical to the automatic rendezvous with the ISS. There are two telegoniometers which continuously calculate distance and direction from ATV to ISS, 2 videometers [image processing system able to compute distance and orientation of the ISS], two star trackers [able to recognize constellations in the sky], two visual video targets (used by the ISS crew for visual monitoring of the ATV final approach) and 8 mini-jets for attitude control. (Kourou, 16 August 2007)