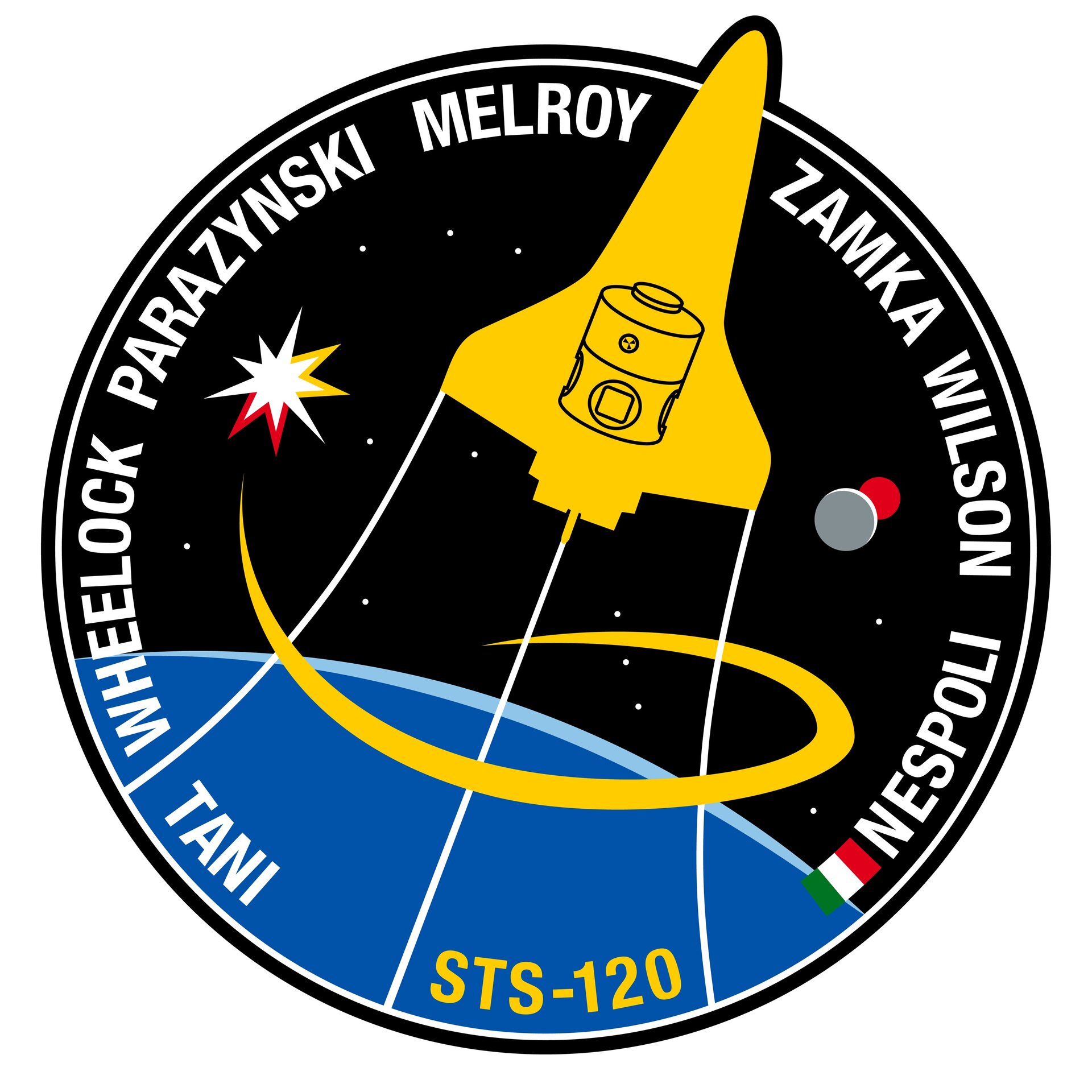 The STS-120 patch reflects the role of the mission in the future of the space program. The Shuttle payload bay carries Node 2, the doorway to the future international laboratory elements on the International Space Station. On the left the star represents the International Space Station; the red coloured points represent the current location of the P6 solar array, furled and awaiting relocation when the crew arrives. During the mission, the crew will move P6 to its final home at the end of the port truss. The gold points represent the P6 solar array in its new location, unfurled and producing power for science and life support. On the right, the Moon and Mars can be seen representing the future of NASA. The constellation Orion rises in the background, symbolizing NASA's new exploration vehicle. Through all, the Shuttle rises up and away, leading the way to the future.

The NASA insignia design for Shuttle flights is reserved for use by the astronauts and for other official use as the NASA Administrator may authorize. Public availability has been approved only in the form of illustrations by the various news media. When and if there is any change in this policy, which is not anticipated, it will be publicly announced.