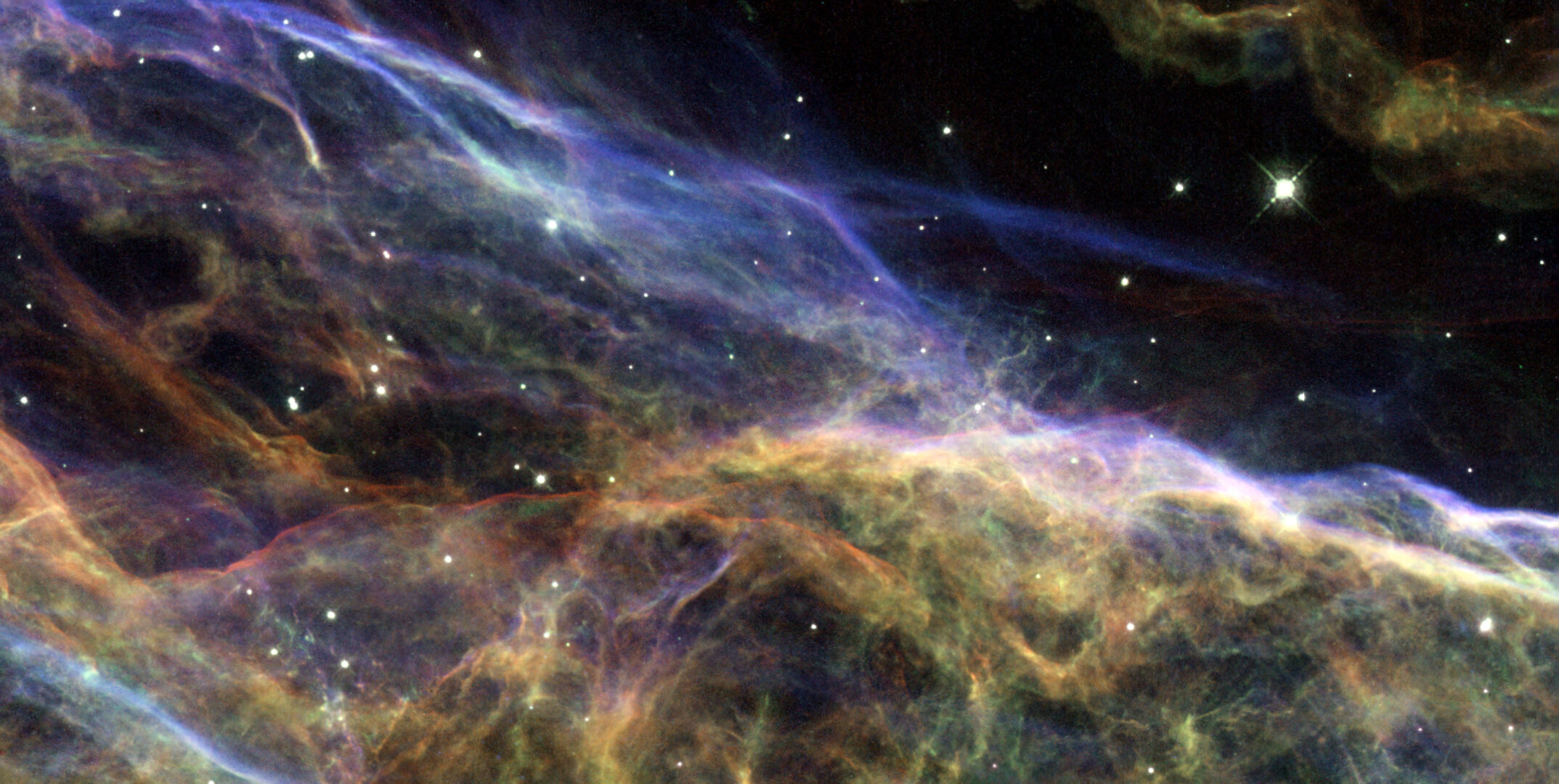 The Witch's Broom Nebula within the Veil Nebula

This image shows a small portion of the Veil Nebula - the shattered remains of a supernova that exploded some 5-10,000 years ago. The intertwined rope-like filaments of gas result from the enormous amounts of energy released as the fast-moving debris from the explosion ploughs into its surroundings and creates shock fronts.

These shocks, driven by debris moving at 600,000 kilometres per hour, heat the gas to millions of degrees. It is the subsequent cooling of this material that produces the brilliantly coloured glows.

This portion of the Veil Nebula is located in a magnificent part of the Veil known as the Witch's Broom Nebula to the east (to the right in the overview image). The entire structure spans about 3 degrees, corresponding to about 6 full moons. The bright blue star – dubbed 52 Cygni and unrelated to the supernova explosion – can be observed with the naked eye on a clear summer’s night.

The image was taken with the Wide Field and Planetary Camera 2 (WFPC2) on board the Hubble Space Telescope. The colour is produced by composite of three different images. The different colours indicate emission from different kinds of atoms excited by the shock: blue shows oxygen, green shows sulphur, and red shows hydrogen.