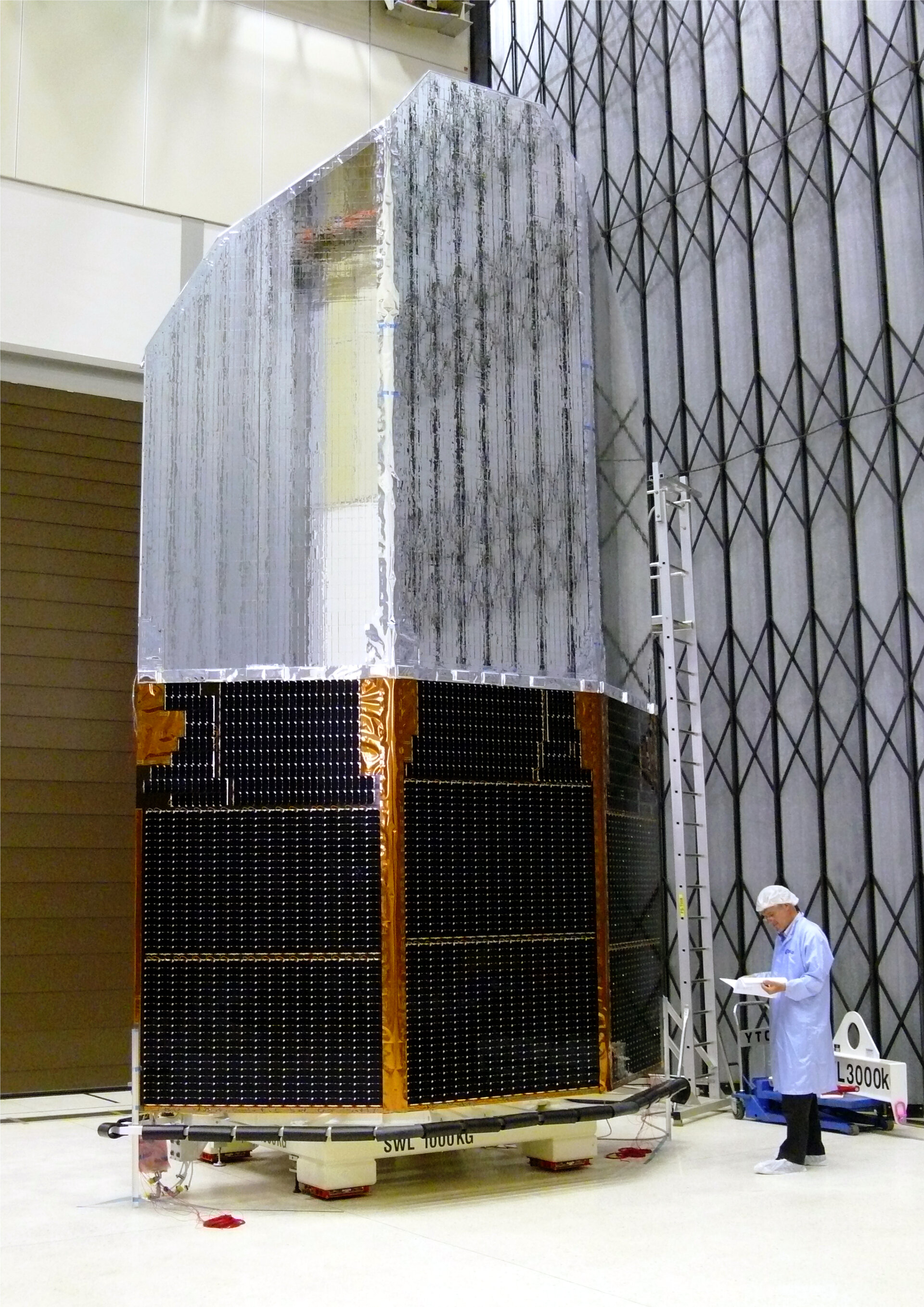 Herschel's solar array and sunshade are currently undergoing final assembly and testing at the ESTEC Test Centre in Noordwijk, the Netherlands.

They will be fitted to the spacecraft later this year. The solar array operates at 140 °C and is powered by high-efficiency gallium arsenide (GaAs) triple-junction solar cells. The cells will provide 1900 Watts of electrical power to the spacecraft. The solar array also shields the scientific instruments from the Sun, since their operating temperature is extremely low, close to Absolute Zero, or -273 °C.

The solar cells are provided by RWE in Germany and electrical integration was performed by Galileo Avionica of Italy. The CFRP (carbon fibre reinforced plastic) panels are manufactured by ATK/COI of the USA. The main contractor for the solar array and sunshade is Dutch Space, based in the Netherlands.