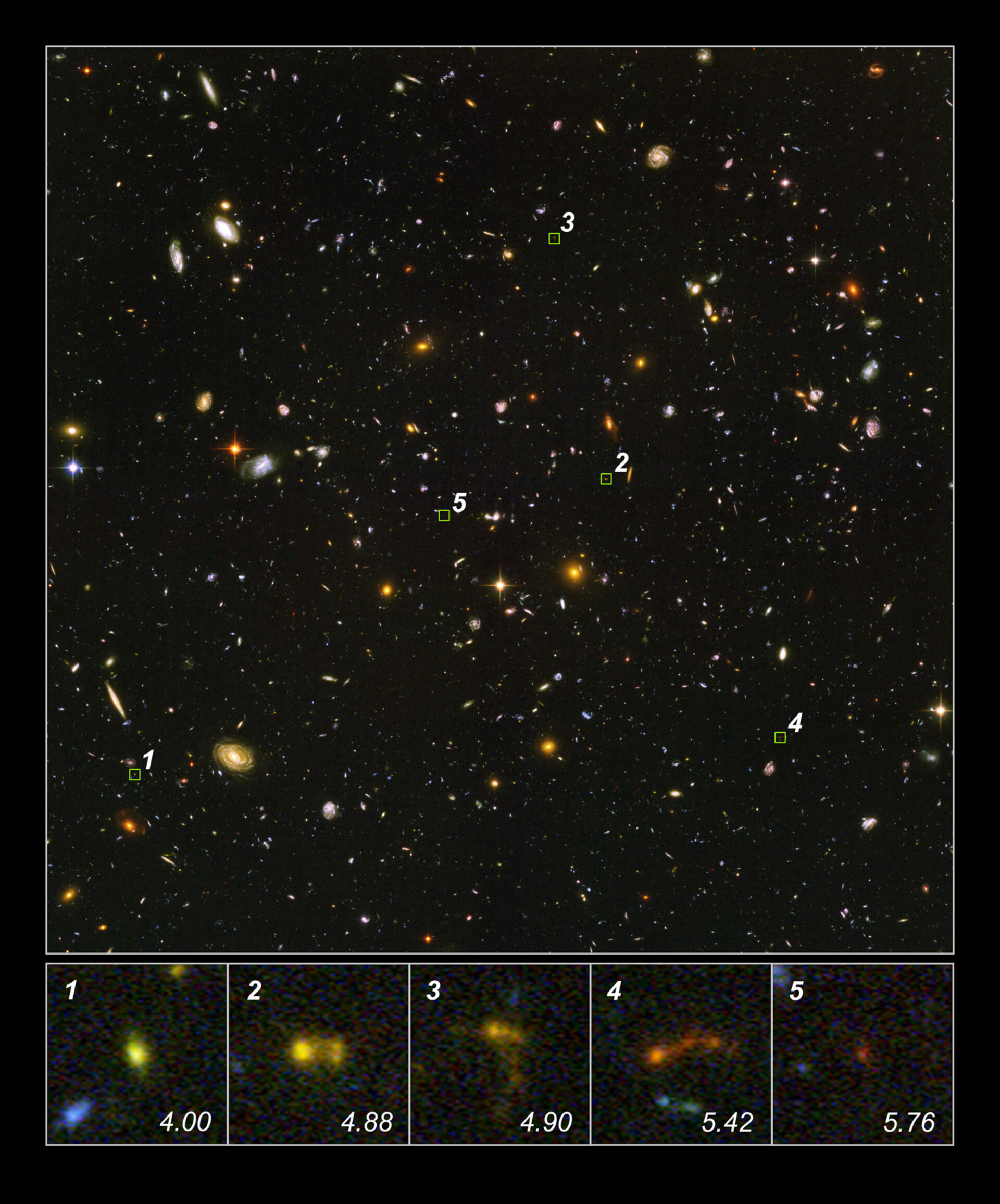 In this image of the Hubble Ultra Deep Field, several objects are identified as the faintest, most compact galaxies ever observed in the distant Universe.

They are so far away that we see them as they looked less than one billion years after the Big Bang. Blazing with the brilliance of millions of stars, each of the newly discovered galaxies is a hundred to a thousand times smaller than our Milky Way Galaxy.

The bottom row of pictures shows several of these clumps (distance expressed in redshift value). Three of the galaxies appear to be slightly disrupted. Rather than being shaped like rounded blobs, they appear stretched into tadpole-like shapes. This is a sign that they may be interacting and merging with neighboring galaxies to form larger structures.

The detection required joint observations between Hubble and NASA's Spitzer Space Telescope. Blue light seen by Hubble shows the presence of young stars. The absence of red light from Spitzer observations conclusively shows that these are truly young galaxies without an earlier generation of stars.