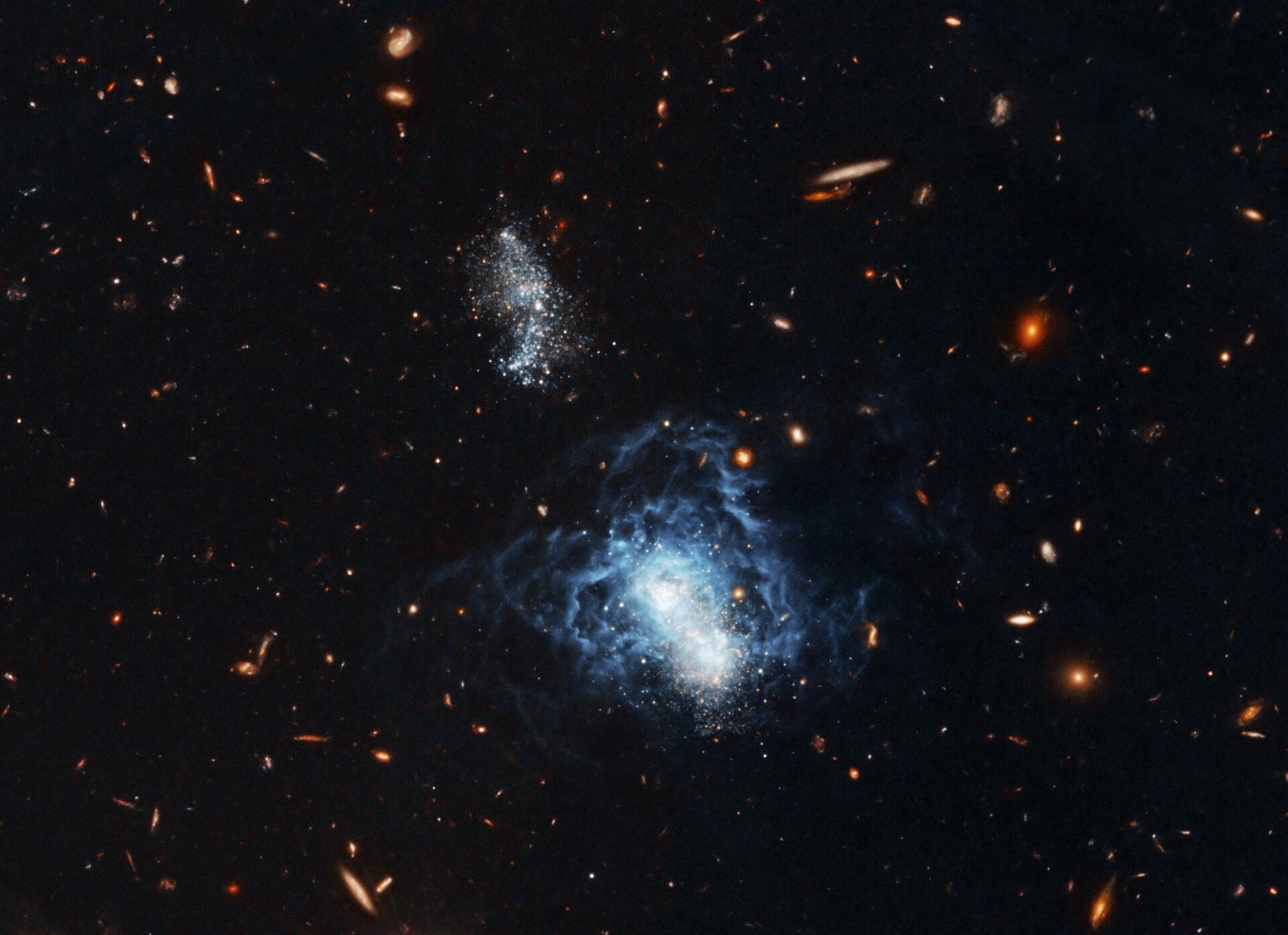 The NASA/ESA Hubble Space Telescope quashed the possibility that what was previously believed to be a toddler galaxy in the nearby universe may actually be an adult. Called I Zwicky 18, this galaxy has a youthful appearance that resembles galaxies typically found only in the early universe. Hubble has now found faint, older stars within this galaxy, suggesting that the galaxy may have formed at the same time as most other galaxies.

I Zwicky 18 is classified as a dwarf irregular galaxy and is much smaller than our Milky Way Galaxy. The concentrated bluish-white knots embedded in the heart of the galaxy are two major starburst regions where stars are forming at a furious rate. The wispy blue filaments surrounding the central starburst regions are bubbles of gas that have been blown away by stellar winds and supernovae explosions from a previous generation of hot, young stars. This gas is now heated by intense ultraviolet radiation unleashed by hot, young stars.

A companion galaxy lies just above and to the left of I Zwicky 18. The companion may be interacting with I Zwicky 18 by gravitationally tugging on the galaxy. The interaction may have triggered the galaxy’s recent star formation that is responsible for the youthful appearance. Besides the bluish-white young stars, white-reddish stars also are visible in both I Zwicky 18 and its companion. These stars may be as old as 10 thousand million years. The reddish extended objects surrounding I Zwicky 18 and its companion are ancient, fully formed galaxies of different shapes that are much farther away.

The observations of I Zwicky 18 were taken in 2005 and 2006 with Hubble’s Advanced Camera for Surveys. Astronomers made this image by combining observations taken with blue and red filters.