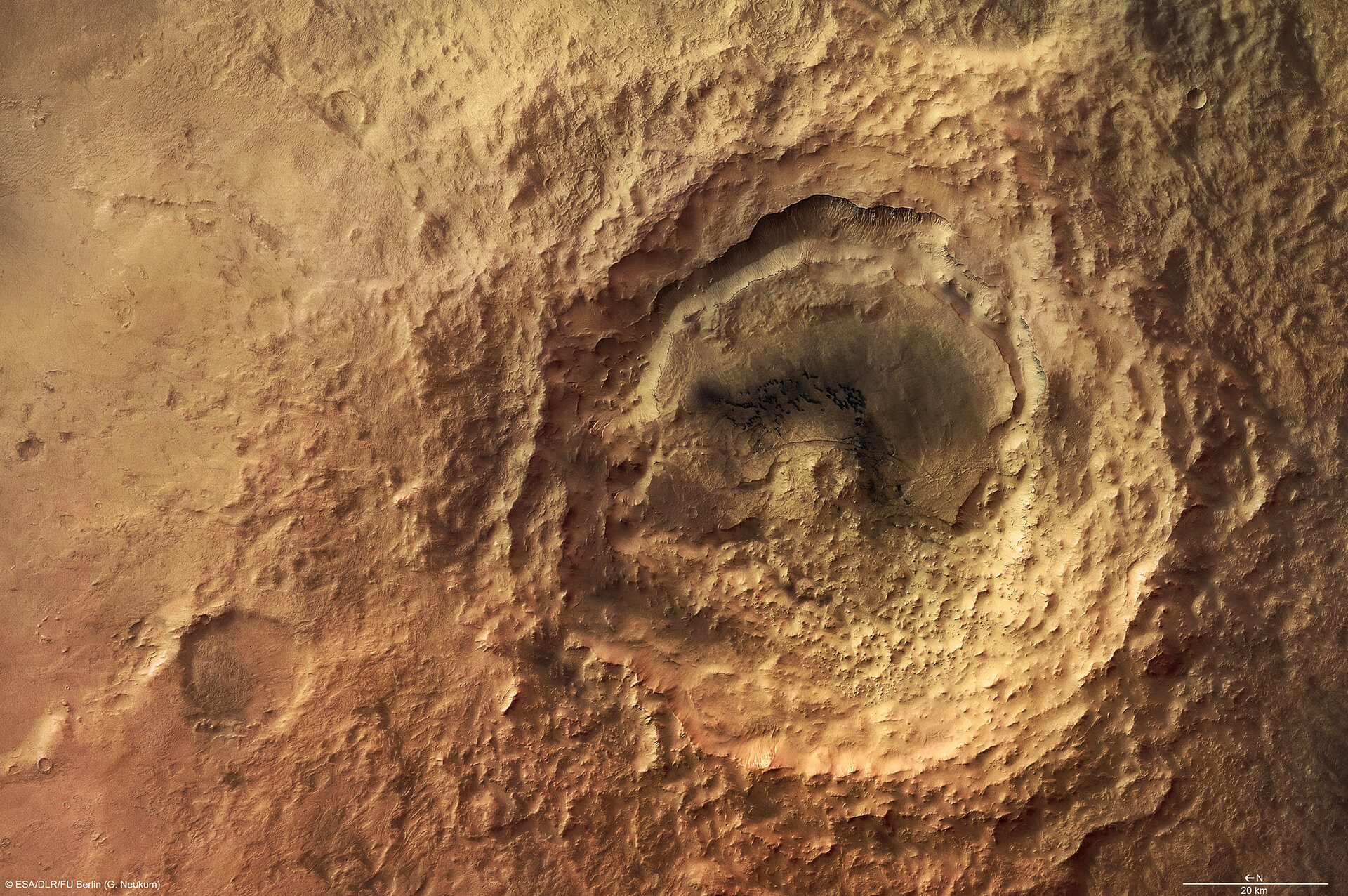 The above image shows the striking Maunder crater lying at approximately 50° South and 2° East, in the Noachis Terra region on Mars.

The High Resolution Stereo Camera (HRSC) on ESA’s Mars Express orbiter took pictures of the Noachis Terra region during orbits 2412 and 2467 on 29 November and 14 December 2005 respectively, with a ground resolution of approximately 15 metres per pixel.

The sun illuminates the scene from the north-east (top left in the image).

Maunder crater, named after the british astronomer Edward W. Maunder, is located halfway between Argyre Planitia and Hellas Planitia on the southern highlands of Mars.

With a diameter of 90 kilometres and a depth of barely 900 metres, the crater is not one of the largest impact craters on Mars at present, but it used to be much deeper. It has since been filled partially with large amounts of material.

This colour scene has been derived from the three HRSC-colour channels and the nadir channel.