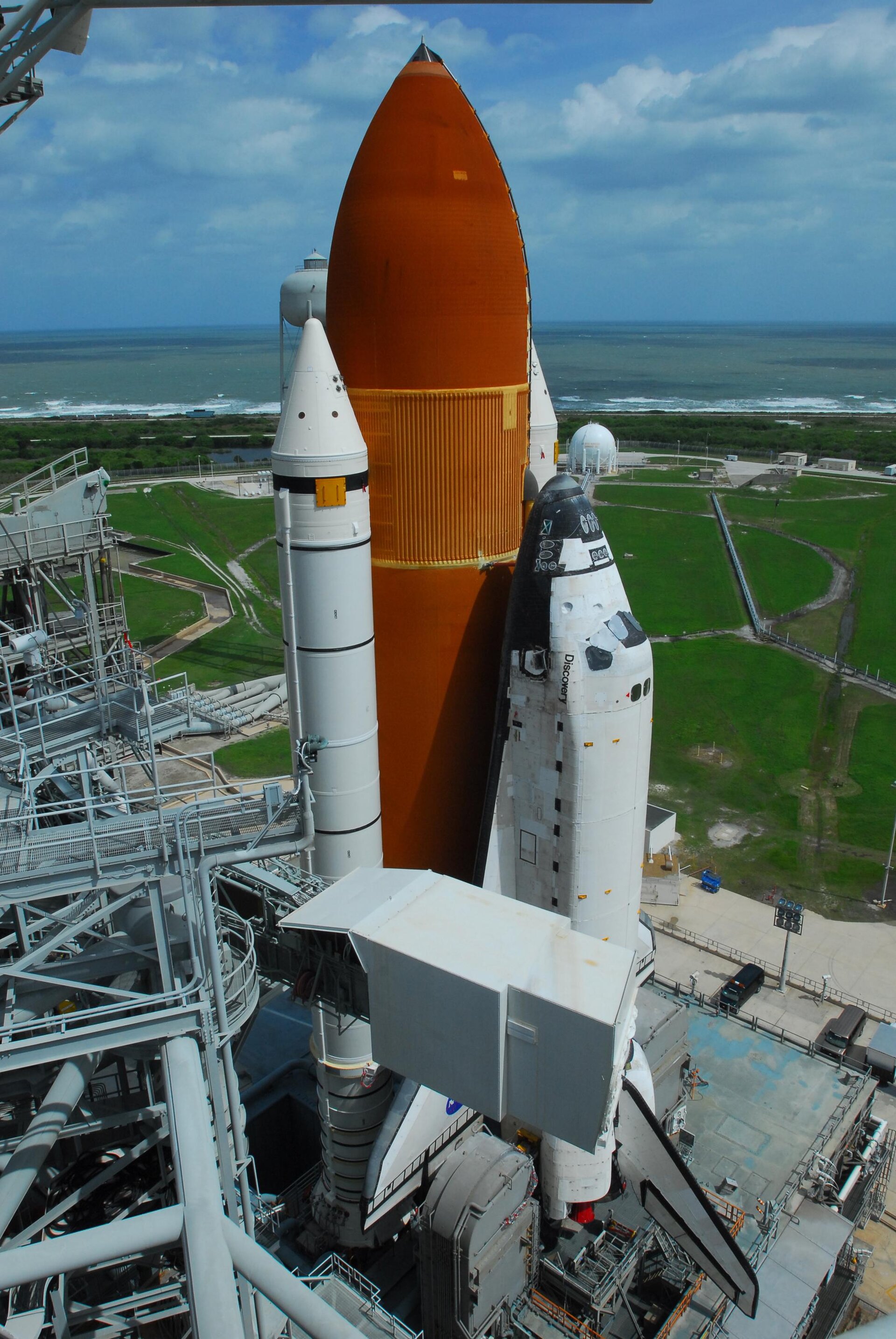 Space Shuttle Discovery has arrived at Launch Pad 39A. Discovery arrived at its seaside launch pad around noon on 30 September 2007. Rollout is a milestone for Discovery's launch to the International Space Station on mission STS-120, targeted for 23 October 2007. The crew, which includes ESA astronaut Paolo Nespoli, will deliver and install the Italian-built U.S. Node 2, named Harmony. The pressurized module will act as an internal connecting port and passageway to additional international science labs and cargo spacecraft.