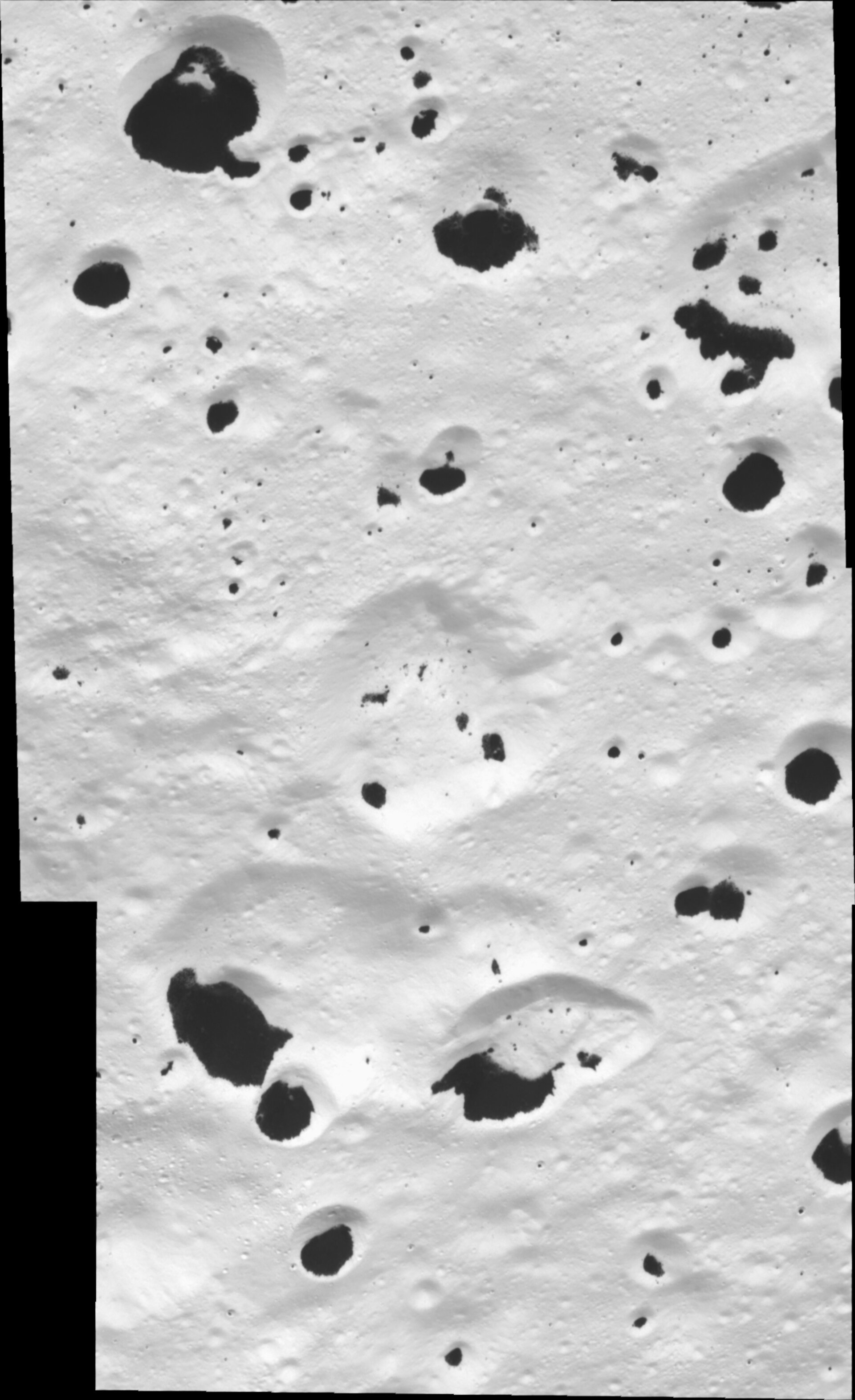 At high resolution, terrain in the transition region between bright and dark hemispheres on Saturn's moon Iapetus reveals a spotty appearance reminiscent of a Dalmatian. The bright material on the frozen surface of Iapetus, 1468 kilometres across, is water ice, and the dark material is likely carbonaceous in composition.

The dark material is preferentially found at the bottoms of craters. Bright water ice forms the 'bed rock' on Iapetus, while the dark, presumably loose material apparently lies on top of the ice.

The mosaic consists of two image footprints across the surface of Iapetus. The view is centered on terrain near 42° south and 209.3° west, on the anti-Saturn facing hemisphere. Image scale is approximately 32 metres per pixel.

The clear spectral filter images in this mosaic were obtained with the Cassini spacecraft narrow- angle camera on 10 September 2007, at distances ranging from 5363 to 5884 kilometres from Iapetus.