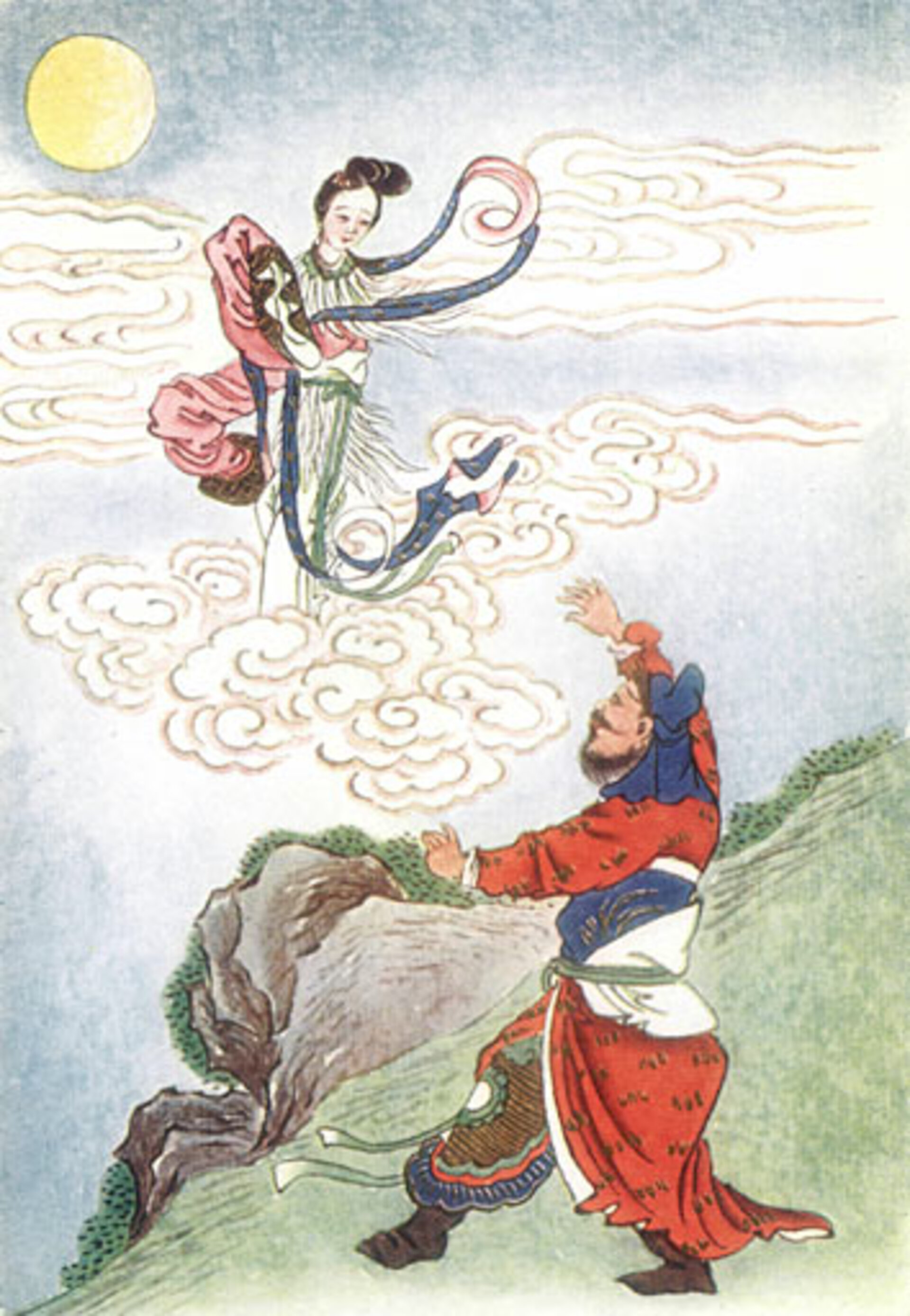 The beautiful Chang'e soars to the Moon

Chang'e soaring to the Moon

Chang'e, a beautiful lady, who swallowed a western queen's elixir, soared with a white rabbit to the Moon, which was called 'Ever Cold Palace' in ancient China.

The story is regarded as a reflection of the everlasting yearning of Chinese to explore our boundless universe. The lunar crater Chang-Ngo is named after her.