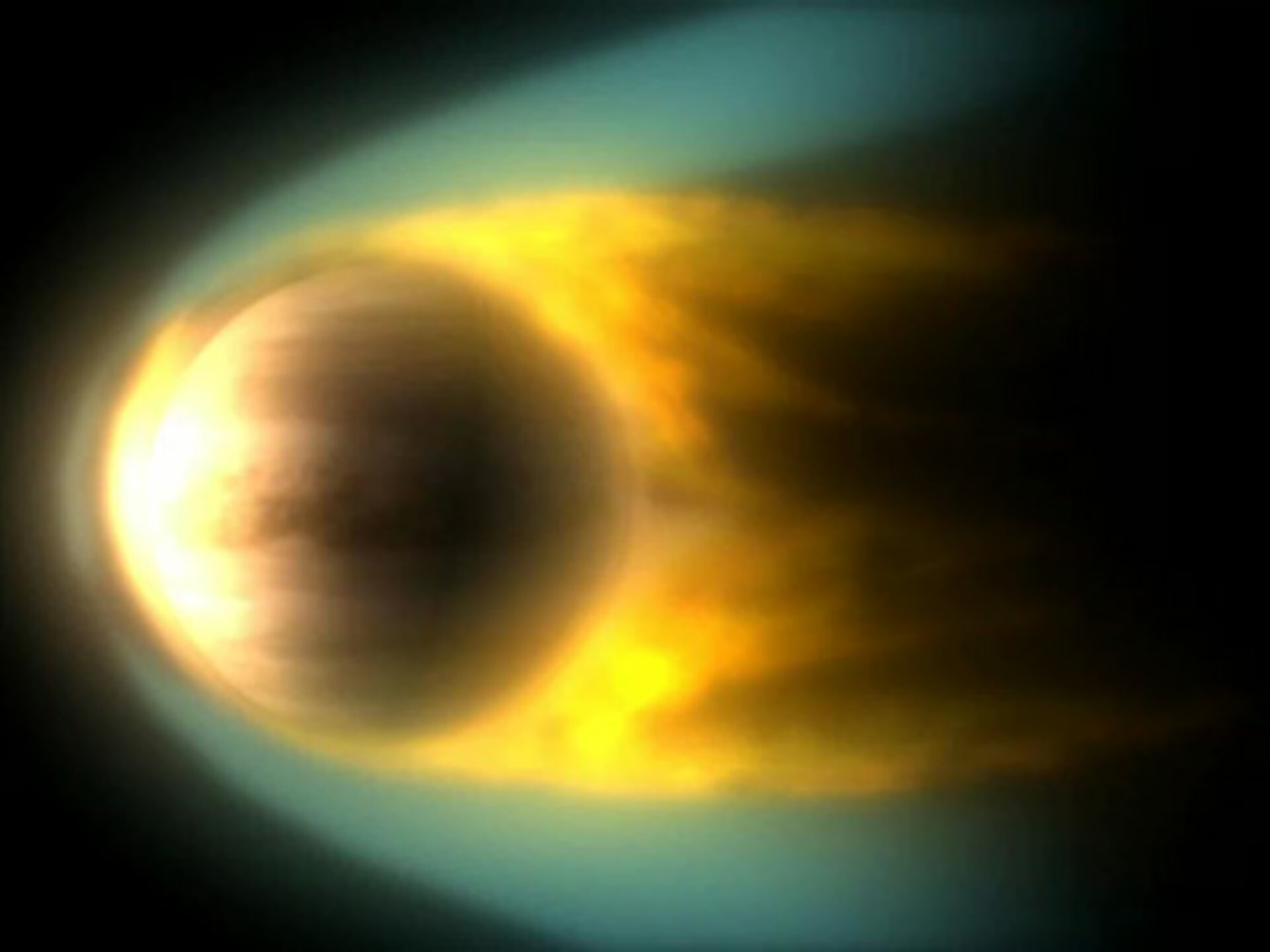 Interaction between Venus and the solar wind

Mars, Earth and Venus are immersed in a flow of plasma, an ionised and highly variable gas originating from the Sun, called the solar wind.

While Earth has a planetary magnetic field, which can deviate the flow of solar wind, Venus (and Mars) don’t. Gases in the upper atmospheres of these planets are ionised and can thus interact with the solar wind.

Venus is as large as Earth and it is difficult for its atmosphere to escape due to the planet’s gravity. The solar wind is the best source of energy to accelerate the upper atmosphere’s charged particles, giving them enough energy to escape. This is why Venus loses its atmosphere due to interaction with the solar wind.

To understand this phenomenon, the key questions that the instruments studying plasma on Venus Express must answer are: what and how much of the atmosphere is lost, and where is it lost?