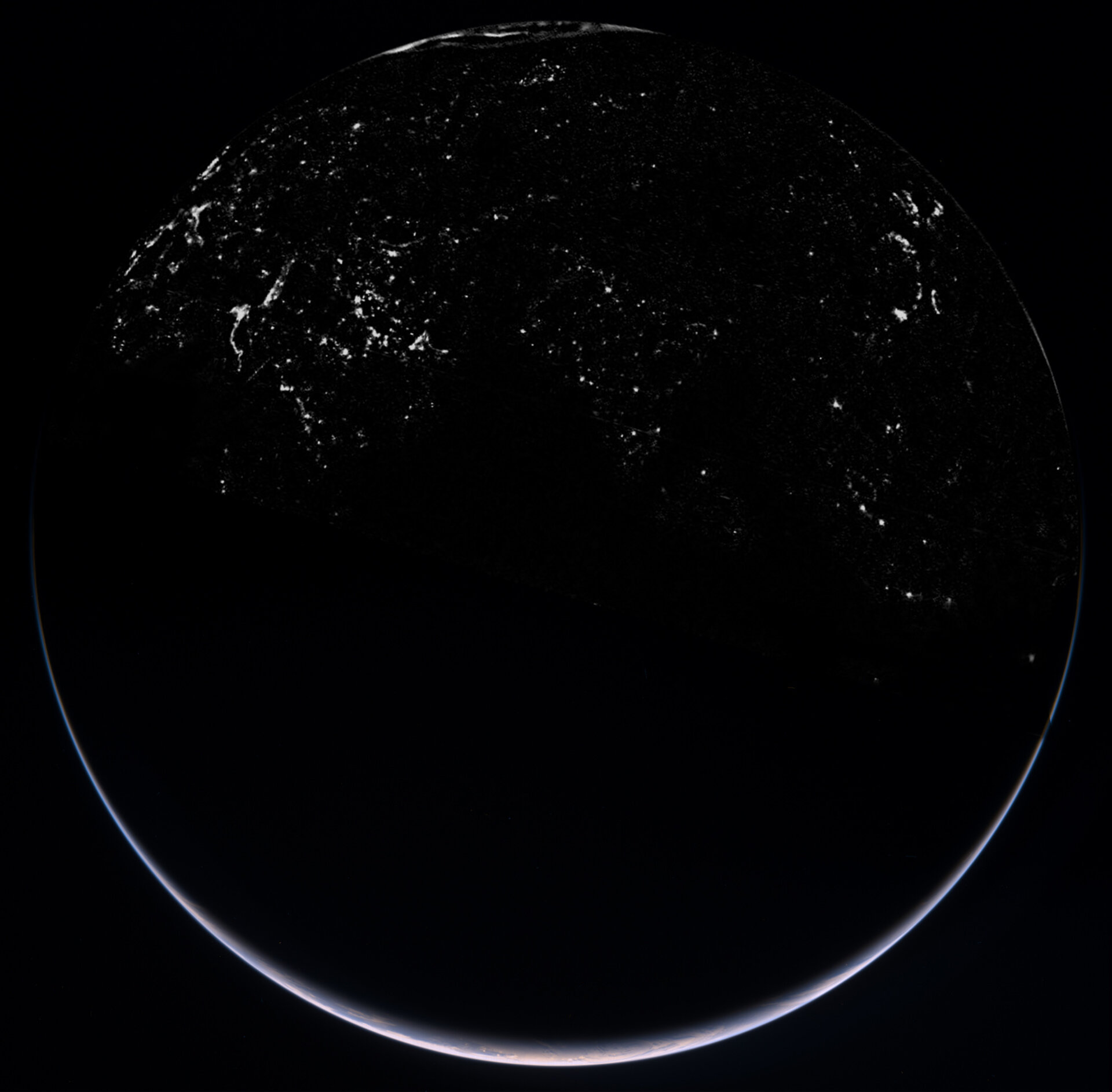 OSIRIS’ view of Earth by night

This is a composite of four images combined to show the illuminated crescent of Earth and the cities of the northern hemisphere. The images were acquired with the OSIRIS Wide Angle Camera (WAC) during Rosetta’s second Earth swing-by on 13 November.

This image showing islands of light created by human habitation was taken with the OSIRIS WAC at 19:45 CET, about 2 hours before the closest approach of the spacecraft to Earth. At the time, Rosetta was about 80 000 km above the Indian Ocean where the local time approached midnight (the angle between Sun, Earth and Rosetta was about 160°). The image was taken with a five-second exposure of the WAC with the red filter.

This image showing Earth’s illuminated crescent was taken with the WAC at 20:05 CET as Rosetta was about 75 000 km from Earth. The crescent seen is around Antarctica. The image is a colour composite combining images obtained at various wavelengths.