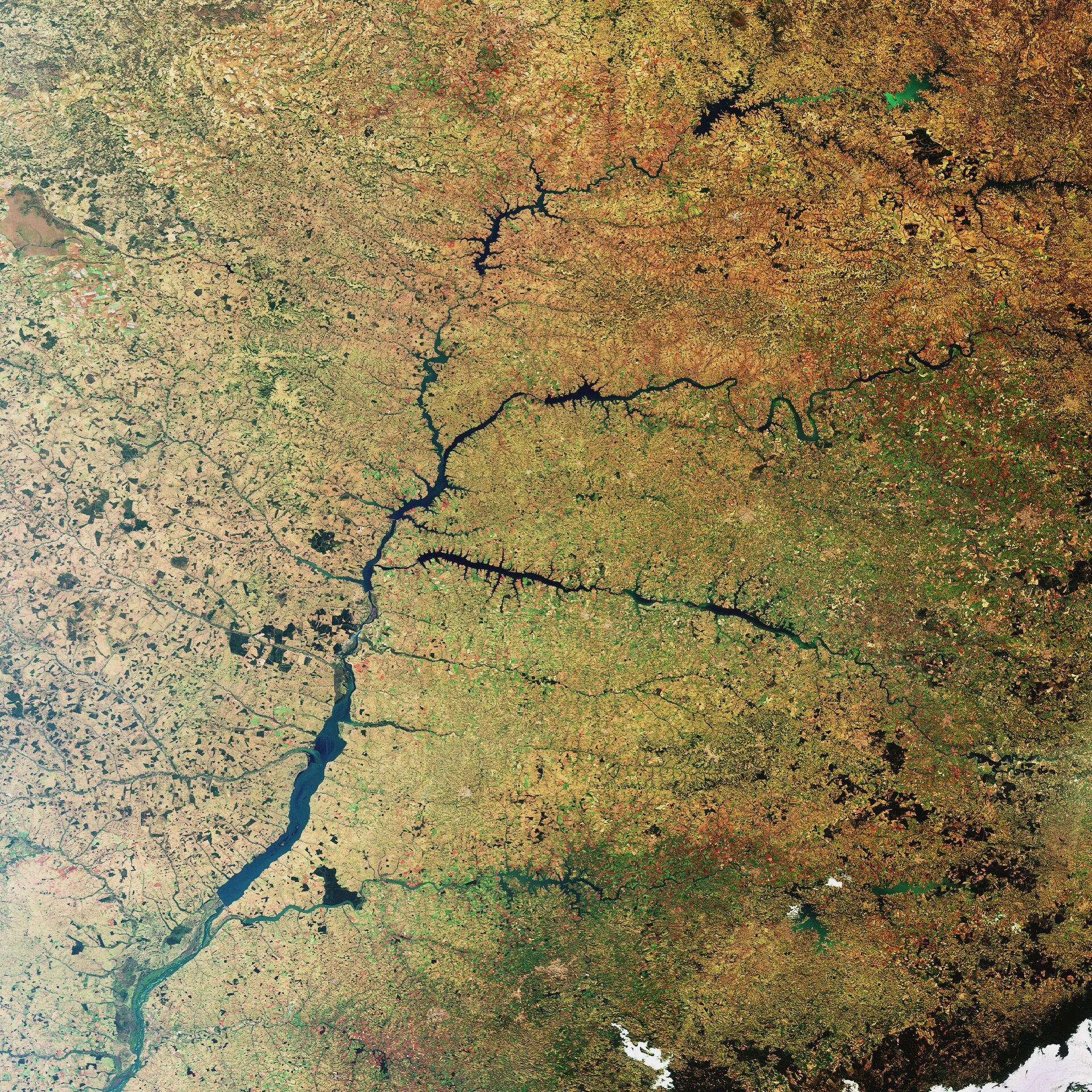 Envisat captures the Paraná River in Brazil. The river is formed on the plateau of south central Brazil by the confluence of the Rio Grande and Paranaíba Rivers. With a course of some 4880 km, the Paraná River is the second longest in South America, second only to the Amazon River, and the 13th longest in the world. Image acquired 3 July 2007 by the MERIS (Medium Resolution Imaging Spectrometer) instrument aboard ESA’s Envisat satellite.